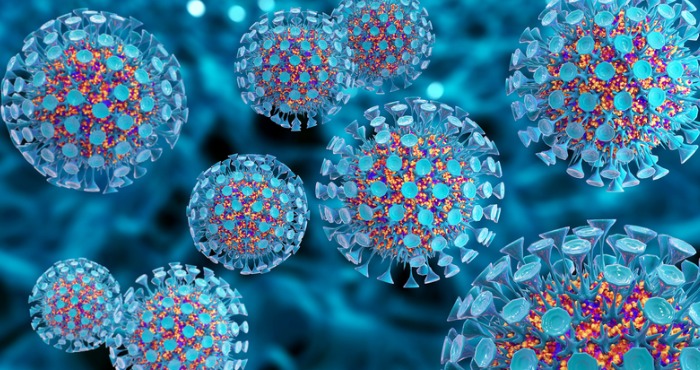 The rise of antibiotic resistant bacteria threatens to disrupt the world of modern medicine in as little as 10-20 years. Most people have heard terms such as ‘antibiotic resistance’ and ‘superbugs’ and have been lectured about the importance of finishing a course of antibiotics. However, most do not fully realise how serious the global health threat we are currently facing. Many have never dreamed of a world without one of the most fundamental lifesaving medicines. What would life be like after the antibiotics apocalypse?

It’s strange to think that the most significant medical discovery in history was an accident. In 1928, Scottish microbiologist Alexander Fleming accidently left a contaminated culture plate lying around in his laboratory over the course of his two-week holiday, and on his return discovered that a mould culture had developed that prevented the growth of the bacteria on the plate. Since then, the isolation of this anti-bacterial substance has either eradicated or controlled a number of previously untreatable life-threatening diseases.

How do bacteria become resistant to antibiotics?

While antibiotics have proved to be extremely effective for many years, these microorganisms are very smart and have resistant mechanisms that enable them to eventually overpower antibiotics. As early as 1960, penicillin-resistant strains emerged and the number of bacterial infections that cannot be treated by various types of antibiotics has only increased. The more intensely an antibiotic is prescribed, the faster the rate of antibiotic resistance to the drug.

What would happen without antibiotics?

Very few new antibiotics have been discovered since the 1970s and the pharmaceutical industry is mostly limited to modifying current antibiotics to combat growing resistance. Soon this method won’t be enough to keep the resistant bacteria at bay. There is also not enough investment into diagnostics to detect resistance bacteria or into the development vaccines to prevent or control the infections.

Superbugs like methicillin-resistance Staphylococcus aureus (MRSA) and vancomycin-resistant enterococci (VRE) are becoming more prevalent in recent years, making it harder and harder for hospitals to treat infected patients. It is thought that hospital acquired antibiotic resistance infections like these currently kill around 48,000 people each year and the World Health Organisation (WHO) predicts that, by 2050, more people will die from antibiotic resistant infections than cancer.

A world without antibiotics could see the resurgence of old illnesses such as tuberculosis (TB), typhoid fever, pneumococcal disease and diphtheria which claimed millions of lives before penicillin was invented. In fact, a drug-resistant TB strain known as XDR-TB is currently on the rise in Europe and is extremely difficult to treat, with only one third of cases successfully cured. Also, sexually-transmitted bacterial infections such as syphilis and gonorrhoea, which are currently treated with a simple course of antibiotics, could turn into serious health threats. There has been a recent global outbreak of super-gonorrhoea that is resistant to both antibiotics used to treat the infection.

Treatments for diseases that the pharmaceutical industry has spent decades trying to develop, such as  cancer, may become much less effective. Before the age of antibiotics, the simplest of cuts could be fatal if infected with bacteria, meaning that surgery was very risky. Without effective antibiotics, the principal ways to treat cancer - surgery - may not be as possible anymore. Other important medical procedures such as organ transplantation, chemotherapy, radiotherapy, hip replacements, cosmetic surgery and caesarean sections will become more dangerous.

Lack of antibiotics may also make natural childbirth a real risk for woman and new-born babies again. Until the 1930s, the risk of mothers and children dying during childbirth was high until antibiotics caused mortality rates to plummet. Today, over 30,000 women and 400,000 new-borns in developing countries die every year due to infections relating to birth, of which 200,000 infants die from multi-drug resistant infections. Although birth mortality rates are low in high-income countries today, continued overuse of antibiotics will lead to antibiotic resistance, making childbirth complications harder to treat with available drugs.

What is being done to combat antibiotic resistance?

Scary as the antibiotic resistance crisis is, there is still hope. The main issue is to get the right people to work together to tackle the problem. Antibiotic resistance expert Rustam Aminov wrote in his 2010 report on the subject that “it is a complex problem requiring concerted efforts of microbiologists, ecologists, health care specialists, educationalists, policy makers, legislative bodies, agricultural and pharmaceutical industry workers, and the public to deal with. In fact, this should be of everyone's concern, because, in the end, there is always a probability for any of us at some stage to get infected with a pathogen that is resistant to antibiotic treatment.” The key to preventing the antibiotic apocalypse is by working together, including the public listening to advice about how to properly consume antibiotics, practising better hygiene and keeping up-to-date with vaccines.

Governments should work with the agriculture industry to reduce or ban the use of antibiotics on healthy livestock. In 2013, the FDA took an important step by implementing a plan to phase out the use of certain antibiotics in animals. McDonald’s made headlines in 2017 when they announced they were reducing critically important antibiotics in chickens and are working on plans to reduce antibiotic use in other meats and dairy products. Avoiding animal products by opting for a vegan lifestyle would have to be done en masse to be truly effective.

There are several life science companies working on the development of new ways to combat antibiotic resistance. For example, GlaxoSmithKline and Johnson & Johnson, two of the biggest pharmaceutical companies in the world, are both dedicated to antibiotic discovery and are exploring novel concepts that could potentially change approaches to treatment.

Antibiotic resistance is a scary yet very real threat the world is facing. With an ever-increasing number of resistant superbugs emerging but a severe lack of new treatment options, our collective future health is in jeopardy. However, there is hope that by encouraging a unified global effort across multiple industries (including the public), the daunting future described in this article could be kept at bay.

Interesting in working for one of the leading pharmaceutical companies currently combating antibiotic resistance? Proclinical has a number of opportunities available right now. Simply apply via our website or upload your CV and wait to be contacted with suitable roles!