Some of the greatest women in life sciences today

Over the past few centuries, we have benefitted from many, many incredible discoveries by female scientists. Famous examples include Marie Curie’s discovery of radium which led to the development of the x-ray, and Rosalind Franklin’s crucial work on understanding the molecular structures of DNA. But what about the women who are changing the world of life sciences today?

Cori Bargmann was awarded the Breakthrough Prize in Life Sciences in 2013 for her exciting work on the genetics of neural circuits and insights into the functioning of brain cells. She discovered that changing a single gene in nematode (microscopic worms) neurons could affect their behaviour, such as avoiding certain chemicals or seeking other ones out. It’s thought that these findings could lead to the treatment of currently hard-to-treat neural diseases like Alzheimer’s and autism.

In an interview with R&D magazine, Bargmann describes the thrills of being a scientist: “with your own hands, your own eyes, you could discover something that’s never been seen before. As soon as I knew that, I was hooked.” Her passion for scientific research has also led to her being chosen to be the president of the Chan Zuckerberg Science Initiative in 2015.

The initiative, headed up by Facebook’s founder Mark Zuckerberg and his paediatrician wife, Dr Priscilla Chan, aims to invest $3 billion to advance healthcare over the next decade. In Bargmann’s role as President she will lead the vision of the initiative by building out the strategy and partner academia, biotech and engineering to reach its ultimate goal to “cure, prevent and manage all major diseases by the end of the century.”

What if we could discover a way to extend human life? What if the possibility of a long youthful life is within reach? Biochemist Cynthia Kenyon, who specialises in the genetics of aging and life extension, is currently developing a way to significantly slow human ageing following revolutionary success extending the lifespan of simple worms, mice, rats and monkeys.

Kenyon’s research has completely transformed our understanding of ageing, with her insights shedding light on the part that genetics play in age-related disease such as cancer and heart failure, “The link between ageing and age-related disease suggests an entirely new way to combat many diseases all at once; namely, by going after their greatest risk factor: ageing itself.”

Her most significant discovery is that there is a universal hormone-signalling pathway that influences how two very important genes work: reducing insulin production and boosting repair and renovation activities. In 1999, Kenyon founded Elixir Pharmaceuticals that works to pinpoint the molecules responsible for the onset of age-related disease and eventually develop ways to prevent them. Following Kenyon’s discovery that neurons and germ cells control the lifespan of a whole animal, she has high hopes that these theories can be applied to humans. Watch her speaking at a TED conference in 2011.

The partnership between Jennifer Doudna, Californian biochemist and French microbiologist Emmanuelle Charpentier has led to the discovery of a ground-breaking gene engineering tool known as CRISPR. The two women met at a conference in Puerto Rico where they experienced an “electrifying’ moment where they realised that what they were working on, the mysterious Cas9 enzyme, was something really special. After years of collaboration, their work showed that CRISPR-Cas9 could be used to edit bacterial DNA, which has the potential to eradicate previously incurable diseases, such as those caused by genetics and rare mutations. The technology gives scientists the power to remove or add genetic material.

As promising as this technology is, there are a few obstacles to overcome before its true potential can be revealed. For example, there is some debate over the ethics and societal implications of gene editing and where it could lead mankind in the future.

In 2015, Doudna and Charpentier shared the $3 million Breakthrough Prize in Fundamental Physics and Life Sciences and they have both been listed in the Top 100 Most Influential People, as well as being recognised with many other awards and prizes for their outstanding work.

German neuroscientist Katrin Amunts gained global recognition for her advanced work in brain mapping and the 3D construction of the human brain she has spent her career creating, known as Big Brain. This ‘digital atlas’ of the brain is at the heart of the wider Human Brain Project, which is a decade-long initiative that aims to unlock the many secrets of neuroscience to enable us to develop better medicines for diseases of the brain.

In an interview, Amunts describes her fascination with the workings of the human brain, “It is one of the most complex systems in nature, [which] changes throughout the whole lifespan and varies between human subjects. Understanding the human brain means to understand its capabilities, but also diseases.” It is to this end that Amunts dedicates her research, hoping that an atlas that maps the structures of the brain will improve our understanding of its complexities and advance our abilities in curing brain-related diseases such as depression, anxiety, dementia and Parkinson’s.

Aside from her research, Amunts somehow manages to Chair the Science and Infrastructure Board of the Human Brain Project as well as hold the position of Director of the Institute of Neuroscience and Medicine of Research Centre Juelich in Germany, all whilst being a professor for Brain Research at the Heinrich-Heine University Duesseldorf! A true inspiration to aspiring women in science. Her advice to women wanting to pursue a career in science?

“Choose a field in which you are really interested! Intrinsic motivation is absolutely fundamental to pursue a career in science, and also to enjoy it! Strive for realising your ideas and don’t stop just because someone does not like them. Work hard! Build up your own network and consider the support of eminent, senior scientists!”

Nina Tandon is an American biomedical engineer who is co-founder and CEO of the world’s first company that grows living human bones for skeletal reconstruction - EpiBone. After choosing to specialise in biomedical engineering, Tandon began her work on using stem cells and electrical signals to help patients ‘grow their own bone’ in cases where they have suffered serious injuries and need a bone graft to replace missing pieces of bone.

Previously, the options available to these patients was to insert bone from a deceased person or to take it from another part of their body; both options carried risk of rejection, disease and infection as each body reacts differently to the treatment. Tandon’s unique medical technology creates personalised bone grafts that offers improved bone formation and regeneration, a simplified surgical procedure, quicker recovery time and no risk of foreign implantation complications. The work of EpiBone could help as many as 900,000 patients who have bone-related surgery every year.

Tandon believes that the technology can be taken further in the future, with pluripotent stem cells making models of patients’ organs that can be used to test drugs and treatments, which could result in a whole new era of personalised medicine.

Tandon is a great advocate for getting more people involved in science: “We need more people embracing science. We need more kids, young kids…. Especially young girls”. Aside from her scientific endeavours, Tandon is also a fully-qualified Yoga instructor!

There is no better time than today for aspiring female scientists to spread their wings and continue discovering incredible things in the fields of science they feel most passionate about. As these women - and many others just like them - have proved, in the world of science the sky is the limit.

Are you a leading lady in life sciences looking for a role that will take you to new heights? Upload your CVor apply to any of our job opportunities to begin a new chapter in your own personal success story! 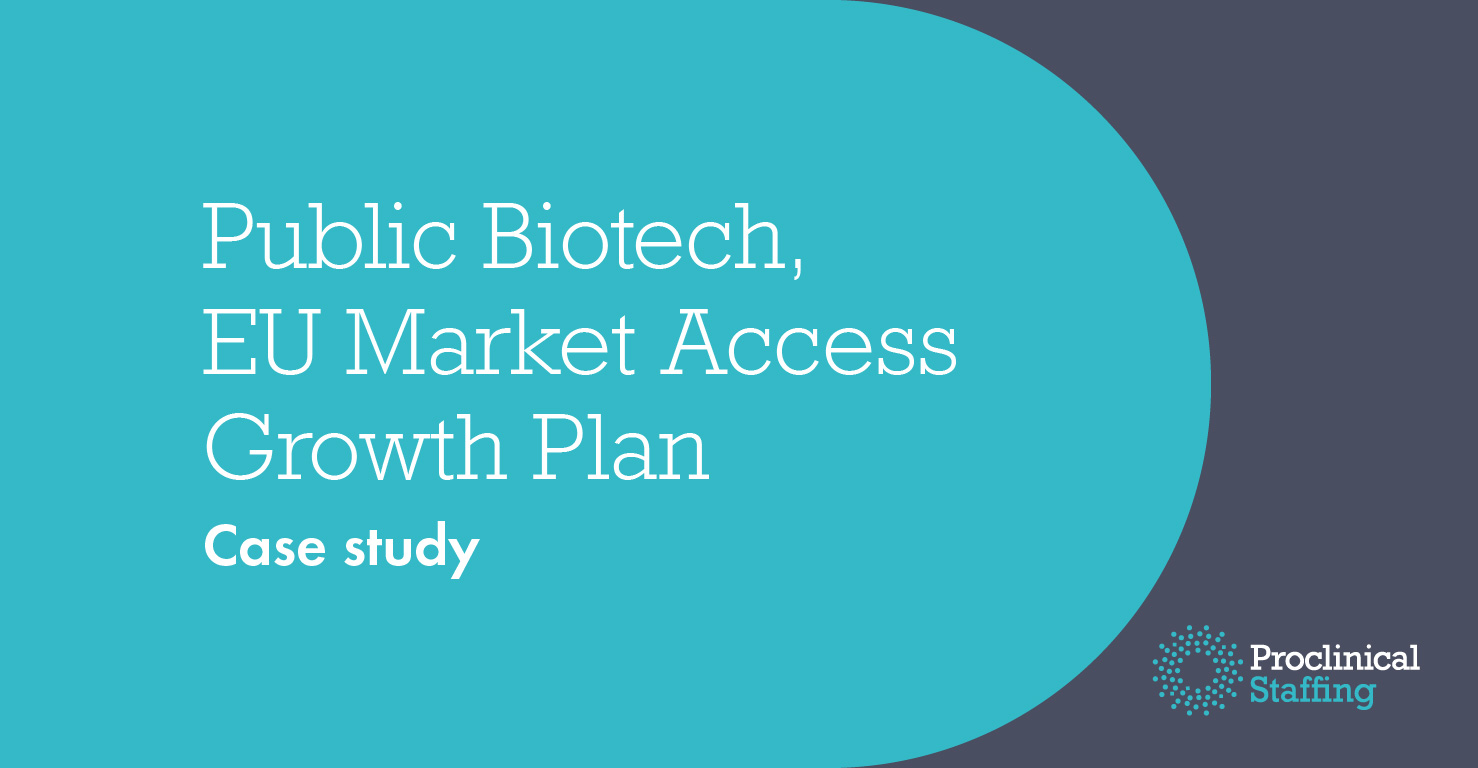 Proclinical is currently recruiting for an Associate Scientist of Biologics Analytical Development with a leading pharmaceutical company located in Gaithersburg, MD.

Proclinical is currently recruiting for a Payroll Analyst with a biopharmaceutical company located in North Chicago, IL.

Proclinical is currently recruiting for a Pharmacy Technician with a biopharmaceutical company located in North Chicago, IL.

Proclinical is currently recruiting for a Tissue Technician with a pharmaceutical company located in Cambridge, MA.

Proclinical is currently recruiting for a Production Planning Specialist with a pharmaceutical company located in Gaithersburg, MD.

Proclinical is currently recruiting for a Logistics Specialist with a pharmaceutical company located in Gaithersburg, MD.

Proclinical is currently recruiting for a Materials Management Associate with a pharmaceutical company located in Gaithersburg, MD.

Proclinical is currently recruiting for a Culture Director with a pharmaceutical company located in Cambridge, MA.