What is CRISPR and could it change how we treat disease? 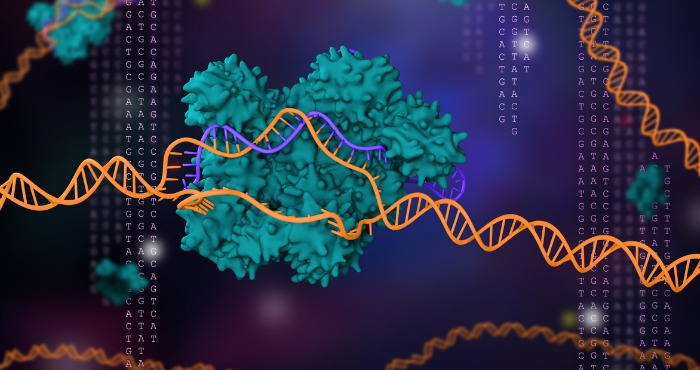 Clustered Regularly Interspaced Short Palindromic Repeats (CRISPR) has been branded the new genetic revolution of the century. What is it about this new gene editing technology that’s getting everyone in the scientific world so excited? The simple answer: because it has the potential to change humanity forever. Medical advancements in CRISPR technology could be the key to eradicating harmful viruses, correcting genetic diseases and extending our lifespan. Yet, like any discovery involving genetic modification, it brings with it all manners of dangers and controversies.

For decades scientists have been discovering ways to tinker with the DNA of food, plants, animals and even humans, with impressive results. CRISPR is a sort of DNA surgeon that can edit, target and study live cells, making it the most advanced gene editing technology yet.

CRISPR is another name for the natural mechanism found in the immune system of bacterium cells that fight off invading viruses. When the virus attacks again, the cell produces a protective enzyme known as Case9 which simply cuts out the infected DNA strands. This ability to ‘cut’ DNA strands is what makes this technology different from other types of gene editing.

What does CRISPR do?

As DNA has a profound effect on our health, having the power to programme it to delete, modify or add information to living cells could completely transform the way we treat disease. For example, it could cure debilitating genetic diseases. Over 3,000 genetic diseases are caused by incorrect letters (known as nucleotides) in a patient’s DNA, so by simply cutting out the faulty letter and replacing it with a copy of the correct one could extend a lifeline for sufferers of genetic diseases like sickle cell disease, cystic fibrosis, Huntington’s disease and haemophilia.

Previously, editing DNA was extremely expensive, complicated and , so another huge benefit of CRISPR is that it is a much faster and cheaper way of engineering genes. Better yet, the technology can target specific DNA sequences thanks to being easily matched with ‘guide’ RNA sequences that lead them straight to the DNA target. This could revolutionise the treatment of retroviruses like HIV following decades of painstaking research. In 2015, scientists cut the HIV virus out of living cells from patients in the lab and found that they were able to remove 50% of the virus. It is thought that the technology can create personalised versions of HIV-resistant DNA to clear the disease permanently from their system. This is still in the very early stages of development, but scientists predict that a cure for HIV is in our grasp.

Similarly, CRISPR has the potential to act as a ground-breaking tool for the diagnosis and treatment of cancer, one of the biggest threats to human health today. The new technology could act as a ‘cancer killer’ by modifying immune cells to better recognise and destroy deadly tumours. Imagine a future when cancer can be cured simply by a series of injections that contain thousands of a person’s own specially engineered cells! Considerably more appealing (and effective) than gruelling chemotherapy and radiotherapy treatments. The first clinical trial of a CRISPR cancer therapy for humans has already been approved in the USA and a European trial will likely happen shortly after.

One of the most exciting things about CRISPR technology is that it works on every type of cell: human, animal, plant, microorganism etc. This versatility could solve several of humankind’s biggest problems. CRISPR could provide a way to create abundant supplies of transplant organs, saving thousands of lives worldwide. It could help fight world hunger by modifying crops to withstand climate change and engineer vitamin-rich fruits and vegetables to sustain malnourished populations. Endangered and even extinct species may be revived using CRISPR, or saved by ‘genetic rescue’ from types of species that threaten health, such as mosquitos. This could be achieved by preventing viruses from entering the salivary glands of mosquitoes.

Is there a downside to CRISPR?

As CRISPR is still a first-generation tool, its full potential (as well as its limitations) are still to be fully realised. For instance, scientists cannot know the long-term implications of editing genes in this way and the impact it may have on humans. They must also accept that any changes made in an individual will not be passed on to future unless CRISPR is used on reproductive cells and embryos which is the source of a lot of .

The controversy over modifying humans in this way is rooted in both science and moral conscience. Do we know enough about the genome to fully understand the implications of changing DNA sequences in an embryo?  Editing embryos over several generations could lead to irrevocable changes to the human gene pool that are difficult to predict. There are also several arguments insisting that interfering with embryos is morally questionable and allows scientists to ‘play God’. Equally, using CRISPR to revive extinct species may be an exciting prospect, yet having the power to eradicate entire species that are harmful to humans (such as mosquitos) could be seen as morally abhorrent and may have unforeseen effects on the planet's wider ecosystem.

It’s difficult to know at this early stage where genetically modifying human genes will take us. We may come to believe that not using CRISPR technology to edit faulty genes and prevent the suffering or death of children is unethical. However, while it may begin innocently enough with the eradication of harmful viruses and genetic diseases, as our understanding of genetic codes develops, the temptation to create hordes of genetically perfect ‘designer babies’ could be hard to resist. This raises important questions of where to draw the line and what psychological and sociological impact these modifications could have on humankind.

There is no doubt that CRISPR technology is one of the most revolutionary breakthroughs of modern medicine, with the potential to tackle not only medical challenges but those of humanity as a whole. However, a powerful technology must be handled with caution and there is still much for scientists to discover its capabilities.

Looking for an exciting R&D role so you can also be part of important scientific discoveries? Proclinical partners with cutting-edge pharmaceutical and biotechnology companies across the globe. Upload your CV today or apply to any of our current scientific& preclinical jobs on the Proclinical website.