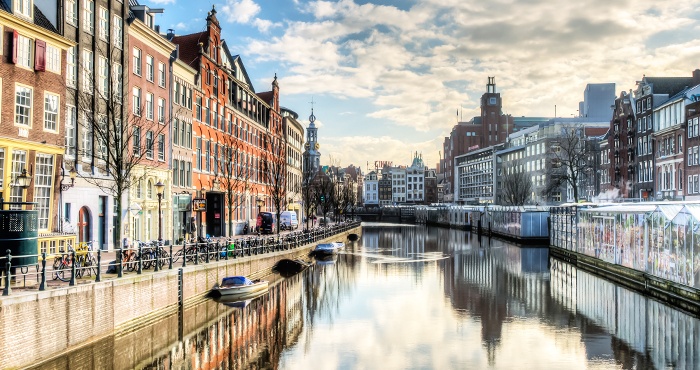 At the end of November 2017, 27 EU member states voted to relocate the London-based European Medicines Agency (EMA) to Amsterdam, following the UK’s decision to leave the EU in 2016. Here’s a glance into why the move to the Netherlands is a good fit for the EMA.

Amsterdam became a front runner for EMA relocation mainly because moving a mere 222 miles across from London appeared to cause the least disruption. In a staff survey undertaken by 890 current EMA employees in the UK, 81% listed Amsterdam as their preferred choice out of 19 possible locations. The agency would be able to retain a high number of their employees, meaning a shorter overall recovery time following the big move in March 2019. The choice could also reflect the attractiveness of a 45-minute flight from London to Amsterdam, or the high percentage of English-speaking people in the Netherlands.  However, despite the primary driving factors behind the decision, the choice to relocate to Amsterdam is perfectly in sync with its growing stance as a life sciences hub within Europe.

There is presently between 35-40,000 highly skilled workers employed by the Netherlands’ life science industry, and this is set double in 5-10 years, making it a strong player within Europe. With the move of the EMA to Amsterdam, the country’s position is likely to strengthen further as it continues to attract more international business. This is mostly due to the ideal environment in which pharmas and biotechs can easily thrive.

The fast approval process for clinical research, a favourable tax system for businesses and access to a wide variety of patients are just a few of the key advantages to life science companies. Employees moving from the UK to Amsterdam will also benefit from the country’s high quality of life and excellent infrastructure. In fact, the director of HollandBIO, the country’s association of biotech companies, states that “the arrival of the EMA dovetails our ambition of becoming the Boston of Europe” by continuing to cultivate an innovate environment for growing pharmas and biotechs in Amsterdam, Leiden, Utrecht and Wageningen.

Amsterdam currently holds the presidency of the Council of the European Union and is already using this position to bring about important changes. By leveraging their power to promote ‘smart health’ initiatives such as the Anti-Microbial Resistance (AMR), the country is making important strides to combat the global crisis that calls for the rapid development of new antibiotics. The Netherlands is also in full support of European-wide healthcare affordability, and puts great emphasis on cost-control and cost-effectiveness.

Some experts believe that focusing on healthcare affordability comes at the cost of bringing new, innovative drugs and therapies onto the Dutch landscape. Even though the country’s lower than average healthcare expenditure - following strict healthcare budgets – may go some way to reflect this, many other trends suggest otherwise. For example, Amsterdam is one of the fastest growing biopharma locations in Europe with several leading pharma and biotechs having headquarters and affiliate offices already established in the city. High-profile examples of affiliates include Abbott Laboratories, Takeda and Novartis.

The Netherlands is already home to many pioneering biotech and biopharma companies, such as Aduro Biotech, a company that is exploring the capabilities of immunotherapy and Hercules Pharma, a biopharma working on novel ways to treat breast cancer. Other examples include clinical stage biotechnology company Galapagos and Acerta Pharma, that develops highly innovative therapies for cancer. However, it is the increasing presence of pioneering start-up biotechs that mark Amsterdam as a new innovation hotspot. A single recent example features Scenic Biotech, founded in Amsterdam in 2017, raising a substantial $6.5 million to investigate technology that could help discover different types of disease-related genes in cancer and rare genetic diseases.

With the move of the EMA to Amsterdam, the future continues to look bright for the Netherlands’ life sciences industry. Although there may be significant disruption to the EMA’s operations during the transitional period, by March 2019 we hope to see the agency settled in their new home and thriving within this evolving biopharma hub.

Interested in life science jobs in the Netherlands and greater Benelux region? Proclinical has specialist recruitment consultants that work exclusively in these markets, and we may have the ideal opportunity for you. Simply upload your CV or apply directly to one of our current vacancies.