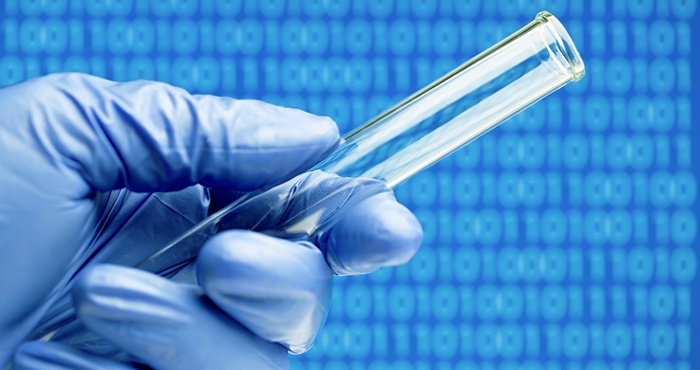 As biology and technology become ever more closely intertwined, new opportunities are emerging to improve healthcare through the use of innovative digital technologies. Here's a glimpse at some of the great strides that innovation teams within pharmaceutical companies are making in the exciting field of digital health.

We live in an age in which technology is moving at a rapid pace, creating new fields and disrupting existing models and processes. From a career standpoint, staying abreast of new innovations in pharma can be extremely beneficial, helping you to adapt to change, seize new opportunities and focus on developing the skills that you will need in the future.

Steve Jobs predicted "The biggest innovations of the 21st century will be at the intersection of biology and technology", a movement referred to as digital health or mHealth (mobile health). This forecast by the late Apple CEO appears to be on track as consumer technologies such as mobile phones and wearable devices are already beginning to revolutionise the wider health industry. These and other technologies are also proving to have great potential in pharmaceutical research and development, and are being adopted by pharma companies to assist in developing new drugs as well as improving patient outcomes and increasing patient access through reduced costs.

Here are 5 emerging digital health innovations that are starting to have an impact on the pharma industry: 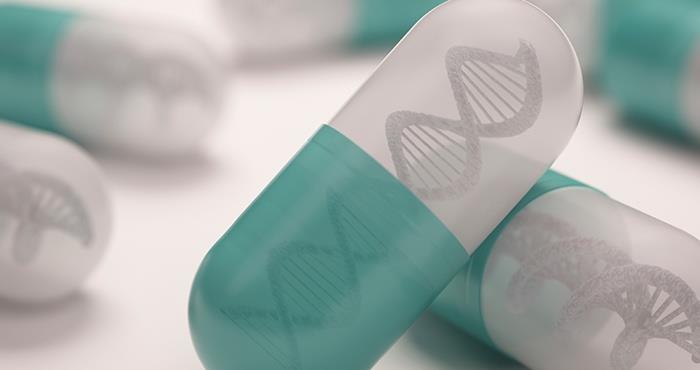 Precision medicine is an approach that integrates clinical and molecular information to understand the biological basis of disease. This information can be obtained by converting DNA into data through a process called genome sequencing. Researchers can use this data to identify specific gene abnormalities, or biomarkers, to understand which types of patients a drug will be most effective for, and who is likely to experience severe side-effects. This can aid in the development of new targeted therapies and the repurposing of existing drugs.

Targeted therapies are tailored to the genetic makeup of individual patients so genomic testing is required to ascertain the most effective therapy before it is administered. This understanding of the relationship between a drug and an individual's genes enables doctors to administer the right drug for the right patient at the right dose, first time – leading to better outcomes and reduced adverse effects.

Thanks in part to President Obama’s $215 million Precision Medicine Initiative and a plethora of genomics research companies, genome projects are beginning to gather momentum. The FDA has expedited programmes for targeted therapies which can reduce the time that it takes to bring these therapies to market.

In the UK, GlaxoSmithKline, Roche, AstraZeneca, Biogen, AbbVie and others are reportedly working with Genomics England on their project to sequence 100,000 genomes from 70,000 NHS patients with rare diseases and cancer, and both Roche and Pfizer have also agreed deals with 23andMe to access their community of patients with Parkinson’s and Crohn’s disease respectively, to look for genetic clues to their causes. 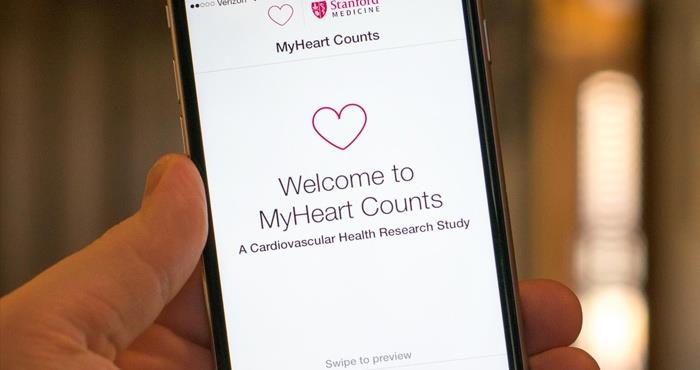 Pharma research institutes are already beginning to take advantage of mHealth technology to conduct clinical research. Smartphones with powerful processors and advanced sensors that can track movement, take measurements and record information are highly useful in post-market studies and allow people to participate in studies more easily. The more people who contribute their data, the bigger the numbers, the truer the representation of a population, and the more powerful the results, so an mHealth app has the potential to engage unprecedented numbers of individuals in large geographical areas. Apple currently has several mHealth apps for clinical research on the iPhone, including apps targeting Parkinson’s disease, diabetes, cardiovascular disease, asthma and breast cancer, which have been developed by leading research institutes.

However, mHealth sensors are not just confined to smartphones; wearable devices such as smartwatches (eg. Apple Watch, Samsung Gear) and fitness bands (eg. FitBit, Jawbone, Garmin) contain accelerometers and global positioning (GPS) and sensors capable of taking biometric readings. As these sensors become more advanced and accurate, there is huge potential for the use of wearable devices for gathering clinical trial data remotely in real-time, real-world settings. Mobile and wearable devices that are already in use or under development feature sensors that are able to track heart rate, sleep, stress, temperature, blood glucose, blood oxygen, and various other measurements that would be useful in clinical trials. The true power of these devices however, comes from their internet connectivity, which enables the information they collect to be synced with other devices or instantly shared with doctors and researchers. This could create a shift for pharma companies and CROs towards remote monitoring and reduce the need for patients to make visits to a research centre or hospital when participating in a clinical trial. 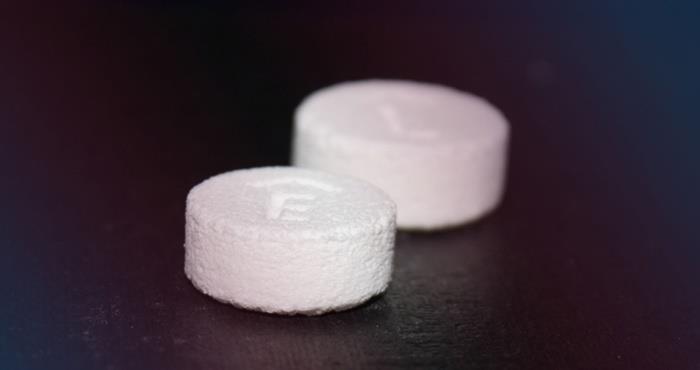 Recently, epilepsy drug Spritam (pictured) became the first 3D printed drug to be approved by the FDA. The drug's manufacturer, Aprecia Pharmaceuticals, says that it makes the oral medication through a three-dimensional printing process, which builds the pill by spreading layers of the drug on top of one another until the right dose is reached.

This technique allows the pill to deliver a higher dose of medicine – up to 1000 mg – while being porous enough to dissolve quickly. These attributes can be particularly beneficial for patients who have difficulty swallowing their medication, which can affect adherence to treatment regimens.

Researchers at the School of Pharmacy of University College London have been developing a technique to 3D-print pills in different shapes, from pyramids to doughnuts, using a technique known as “hot melt extrusion”. The different forms (which would be hard to manufacture with standard production techniques) release drugs at different rates – their research finding that the rate of drug release is dependent not on surface area, but on surface area to volume ratio. A pyramid-shaped pill, for example, releases the drug slower than a cube or sphere, allowing absorption to be controlled.

This breakthrough clears the path for future 3D printed drugs – an area that could change not only the way that drugs are manufactured, but also administered. By making slight adjustments to the software before printing, hospitals could adjust doses for individual patients, a process of personalisation that is otherwise prohibitively expensive. It has even been suggested that one day patients could print downloadable medication at home.

Nanotechnology refers to microscopic technology that is of the scale of between 1 to 100 nanometers (a sheet of newspaper is about 100,000 nanometers thick). Due to their microscopic size, nanoparticles can easily travel around the human body in the blood stream. Nanoparticles are usually composed of biological-based nanomachines or simple material nanostructures which have already been shown to assist in the delivery of anti-cancer drugs and to reduce toxicity.

Nanotechnology is advancing rapidly and researchers are now developing nanotechnology that can track when patients take their medication to encourage increased adherence. The particles, once consumed, would send signals to demonstrate that the medication has been taken and the information would then be fed back to a physician and to the patient through a mobile app.

Medical researchers are also investigating the potential to use microscopic robots called nanobots, which can be preprogrammed to perform tasks inside the human body. Nonobots consumed in the form of a pill or injection could even seek out and destroy cancer cells or perform surgical tasks internally. 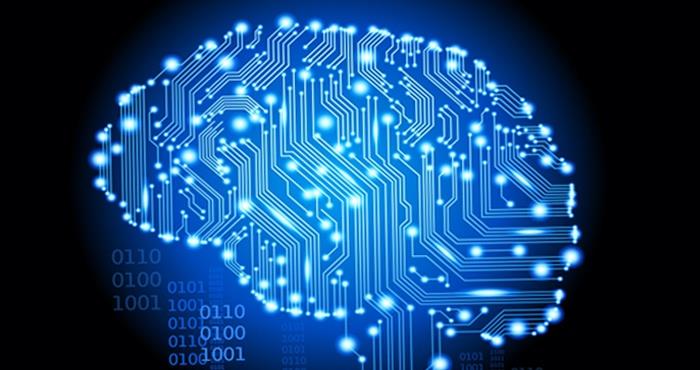 Computers with learning capabilities, such as IBM Watson, are capable of digesting and interpreting millions of pages of scientific literature and data to assist pharma companies in development of new drugs and repurposing of existing ones. Watson has demonstrated the ability to discover previously unknown connections between diseases and as it continues to learn, it can modify its recommendations based on new information.

Researchers and scientists at big pharma companies have already started using Watson to assist in research and development. Johnson & Johnson is collaborating with the IBM Watson Discovery Advisor team to teach Watson to read and understand scientific papers that detail clinical trial outcomes used to develop and evaluate medications and other treatments, while Sanofi is exploring how it can speed up the discovery of alternative indications for existing drugs (drug re-purposing).

Watson can recall the millions of pages of text from medical journals and clinical trials, historical cases including medical records, patient outcomes and physician's notes, and make an assessment within a few minutes. This has the potential to massively reduce costs and significantly improve the discovery process.

At Proclinical, we are a consulting and staffing services provider dedicated to helping professionals to find their ideal position working for many of these top pharmaceutical employers.