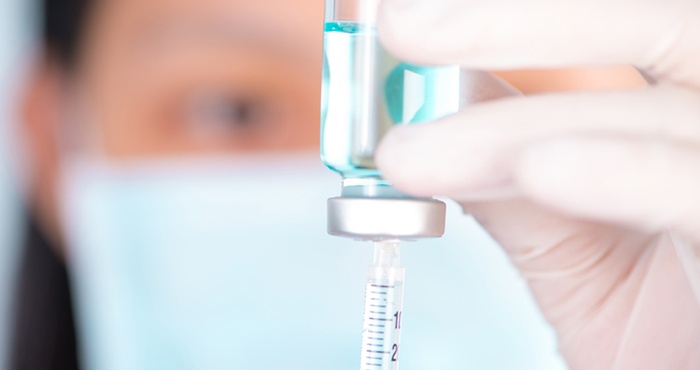 If you were to ask people to name some of top-selling products, many would go for drugs such as Viagra for erectile dysfunction, or Lipitor for high cholesterol. But they would all, in fact, be wrong as more of today’s top-sellers are now vaccines.

There are numerous factors driving the growth of vaccine sales.  The primary cause is the medical advancement of immunisation programmes in newly emerging markets, such as China; for example, sales of Sanofi's whooping cough vaccines grew by 33% last year. In industrialised nations, continued growth is dependent on finding more diseases to immunise against. One example is meningitis B, a disease now targeted by GlaxoSmithKline and Pfizer to create a vaccine for.

With much of the younger generation already vaccinated in more developed countries, the industry's focus has switched to older age groups. Last year, GlaxoSmithKline reported positive results from clinical trials of a vaccine for shingles, a condition that is most commonly found in the over-70s age group. The main player in the vaccine market today is Pfizer, with others including the UK's GlaxoSmithKline, France's Sanofi and the US' Merck. In fact, all four reported higher growth in vaccines than pharmaceuticals last year, with operating margins for pharma standing at around 30%. Here, we take a look at the top-selling vaccines over the past few years.

GSK's Infanrix and Pediarix vaccines are used to immunise against , tetanus and pertussis, as well as infections caused by all known subtypes of the hepatitis B virus. The vaccine has faced strong competition from Sanofi's Pentacel, Pediacel, Repevax, and Tetravac, but is estimated to have brought in sales of around $1billion for the UK firm last year.

Fluzone Quadrivalent, Fluzone Intradermal Quadrivalent, and Fluzone High-Dose vaccines are administered to prevent influenza disease caused by influenza A and B strains, which are contained in each vaccine. In the US alone, flu affects millions of people every year, with hundreds of thousands being hospitalised and tens of thousands dying from the virus. Sanofi's numerous flu vaccines are estimated to have raked in $1.4billion in 2015, making it one of the world's top-selling vaccines.

Varivax is a vaccine used for active immunisation against varicella (chickenpox) in individuals 12 months and older. Chickenpox is a common childhood infection. Usually, it's mild and complications are rare. Almost all children develop immunity and resistance to chickenpox after their first infection, so most individuals catch it only once. The disease, however, can be far more severe in adults and can cause serious complications. Varivax brought in a whopping $1.5billion for Merck last and is projected to continue its success in forthcoming years.

The PENTAct-HIB (DTPw, Hib and polio) vaccine immunises against type B (Hib) infection. In countries that have established it as a routine vaccine, rates of serious Hib infections have fallen by over 90%. It has, therefore, led to a decline in rates of meningitis, pneumonia and epiglottis. Sanofi does not publish individual vaccine sales figures; however, it is estimated that the vaccine PENTAct-HIB brought in around $1.5billion in 2015.

Merck's Gardasil brought in impressive sales of $1.9billion in 2015. Gardasil is a vaccine used in the prevention of certain strains of human papillomavirus (HPV), especially HPV types 6, 11, 16 and 18. HPV types 16 and 18 are estimated to cause 70% of cervical cancers and are responsible for most HPV-induced cancers of the anus, vagina and penis. HPV types 6 and 11 are indicated in over 90% of cases of genital warts. Vaccination is still recommended for those with an existing infection as, although it may not treat the infection, it will likely protect against other strains of the disease. Gardasil was first approved by the FDA in 2006 and is currently approved in 120 countries, with the vaccination being predominantly recommended before adolescence.

The winner is the Prevnar vaccine, which is both a pneumococcal vaccine and a conjugate vaccine used to protect infants, young children, and adults against disease caused by the bacterium (the pneumococcus). It was first licensed in early 2010 and is now the largest selling vaccine that has ever been manufactured, bringing in staggering sales of around $6.2billion in 2015 alone.

Proclinical recruits for a number of roles for many of these leading drugmakers, so if you work within the pharmaceutical industry and would like to be involved in creating vaccines, take a look at our current opportunities or upload your CV here.