Proclinical is currently recruiting for a Principal Scientist of Toxicology with a leading biopharmaceutical company located in Seattle, WA. 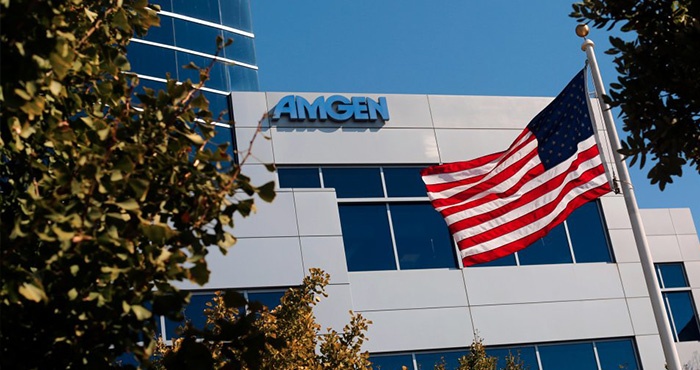 The biotechnology industry has long been dominated by blue-chip pharmaceutical giants, with firms such as Johnson & Johnson, Novartis, Roche and Pfizer taking the lead. However, there are numerous other biotech companies that have quickly established a strong foothold in the industry, with some even likely to outperform the current market leaders over the coming years. The biotechnological market is continuing to evolve and develop, and faster approval times and innovative new treatments are greatly assisting the sector's growth. In 2007, the biotech industry generated revenues well in excess of $75bn

Recent years have highlighted that strategic partnerships continue to be pivotal in fighting off competition from biogenerics and permit the development of safer and more effective targeted treatments. Here we take a look at the top 10 biotech companies to watch in 2016 not only from a sales perspective but also from the potential they have to bring to market drugs that could revolutionise or improve treatment options for numerous conditions.

Juno Therapeutics, based in the USA, is a clinical-stage biopharmaceutical company focused on the development of cell-based cancer immunotherapies with use of its chimeric antigen receptor (CAR) and high-affinity T-cell receptor (TCR) technologies, which genetically engineer T cells to find, recognise and kill cancer cells. Earlier this year, Juno acquired , a transformational technology that will significantly improve the company's capabilities of creating best-in-class engineered T cells. In June 2015, Juno also announced a deal with Celgene in which it would receive $150m to develop new cancer immunotherapies.

Ligand Pharmaceuticals is in the business of developing drugs that regulate genetic processes, particularly those found in cancer cells. In the first half of 2015, Ligand created a global license and supply contract with Sanofi, one of the largest pharmaceutical companies in the world. Ligand's primary offering is Captisol, a chemically modified clathrate compound of the cyclodextrin class aimed at improving stability, solubility, dosing and bioavailability of active pharmaceutical ingredients. The drug delivery system has been used in seven FDA-approved treatments including Amgen's Kyprolis, which is expected to overtake Takeda's Velcade in the treatment of multiple myeloma. Under the agreements, Ligand is entitled to receive royalties and revenue from sales of Captisol.

Pacira Pharmaceuticals is a biotech company focused on the clinical development of non-opioid products for post-surgical pain control. The company aims to widespread significant changes in how physicians manage pain in terms of effectiveness, dosing and frequency. Pacira's flagship product is Exparel, an anaesthetic administered before or during surgery. The drug can also be used in childbirth or as post-surgical pain relief. Analysts estimate that the drug itself could rake in sales of over $1bn. Exparel relies on a delivery technology known as DepoFoam. DepoFoam is a multivesicular liposome technology that encapsulates drugs without changing their chemical structure, permitting the release of the drug from anywhere from 1 to 30 days.

Share prices for Acadia Pharmaceuticals have rocketed in large because of its Parkinson's disease drug Nuplazid. In March this the company celebrated an FDA verdict that claimed the drug had a 'modest but meaningful' benefit for Parkinson's disease-associated psychosis, making it the first ever Parkinson's drug that could be fully FDA approved. If the drug does receive FDA approval, Acadia will have a full monopoly on the condition and some analysts expect it to achieve annual peak sales of $2.7bn, this will create more biotech jobs.

Celgene is set for an extremely strong year as growth from its pipeline products and advances in its experimental pipeline begin to fuel its surge. Sales of its multiple myeloma drug Revlimid are expected to increase by 15% to just over $6.7bn. Other drugs such as the recently launched Otezla for plaque psoriasis are expected to deliver over $1bn in sales, as well as Imnovid for multiple myeloma that will see significant growth in revenues. All in all, Celgene is forecasting net sales of $11bn this year, up 17% from 2015.

2016 is a year in which Vertex will shine, as with its scientific expertise and financial strength it has the ability to develop and deliver medications that could transform the lives of patients with cystic fibrosis and other rare diseases. The company received approval for in 2015, and expansions for Kalydeco with approximately 25,000 patients now eligible for treatment. Sales of in 2016 are expected to exceed $1.7bn, and Kalydeco is forecast to bring in revenue of around $700m.

In the first quarter of this year, Biogen Idec reported total revenues of $2.7bn representing a 7% increase in the same period of 2015. Biogen currently leads the market in multiple sclerosis with its blockbuster drug Tecfidera, which is expected to rake in $3bn-a-year at peak. The company's pipeline also includes numerous drugs in late-stage development for conditions such as Alzheimer's disease, spinal muscular dystrophy, diffuse large B-cell lymphoma and non-Hodgkin lymphoma, putting it well on track for strong growth.

Headquartered in Dublin, Allergan is a global pharmaceutical company focused on the development, manufacture and commercialisation of branded drugs, high-quality generics and over-the-counter medicines and biologic products. In March 2015, Actavis was acquired by Allergan in a cash and equity transaction valued at approximately $70.5bn. The combination of the firms created one of the largest biotechnology and pharmaceutical companies in the world with annual sales of over $23bn in 2015. The new company also invested over $1.7bn in research and development in 2015 and the acquisition also permitted access to Allergan's blockbuster Botox which over the past few years has gained more licenses for its application outside of cosmetic use.

Sales from Gilead's HIV drug Genvoya, approved at the end of last year, are expected to increase from $45m in 2015 to $525m in 2016. The company's portfolio in HIV treatment only grew stronger at the beginning of this year when it received an additional FDA approval for its second TAF-based therapy Odefsey. Sales of its hepatitis C pills Sovaldi and Harvoni in the final quarter of 2015 also analysts estimates and reached $4.89bn. Gilead themselves estimate that total product sales will be around $31bn, setting it firmly on course for an incredibly strong year.

Amgen, one of the largest pharmaceutical companies in the world, seems to be poised for long-term success and growth. One of its most promising medications isn't actually about a new innovative drug but instead its biosimilar ABP 501. Biosimilars have similar properties to current drugs on the market but unlike generics are not identical copies. ABP 501 will compete with AbbVie's Humira, which achieved sales of $13bn in 2015. The market for a biosimilar such as ABP 501 at a discounted price could take a huge chunk out of AbbVie's sales. great hopes are being placed on its multiple myeloma drug, which it acquired from Onyx Pharmaceuticals at the end of 2013. Finally, also in late-stage development is – a drug aimed at improving the heart's ability to contract which, if approved, could generate sales well over $1bn a year.

Proclinical currently recruiting for a number of vacancies at many of the companies listed above. If you are interested in working at one of the top biotech organisations in the world, please upload your CV to our candidate database or apply online to some of our current biotech job opportunities. 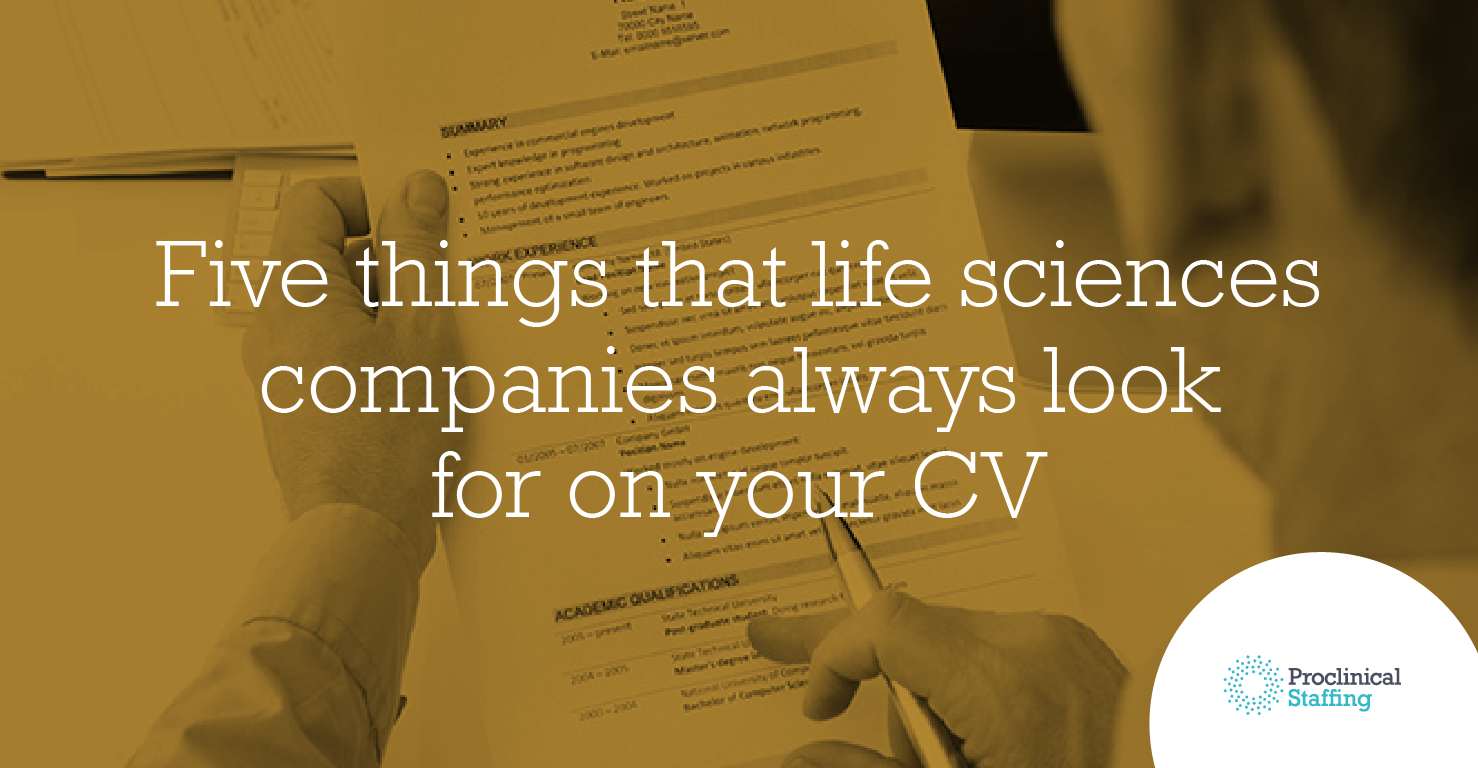 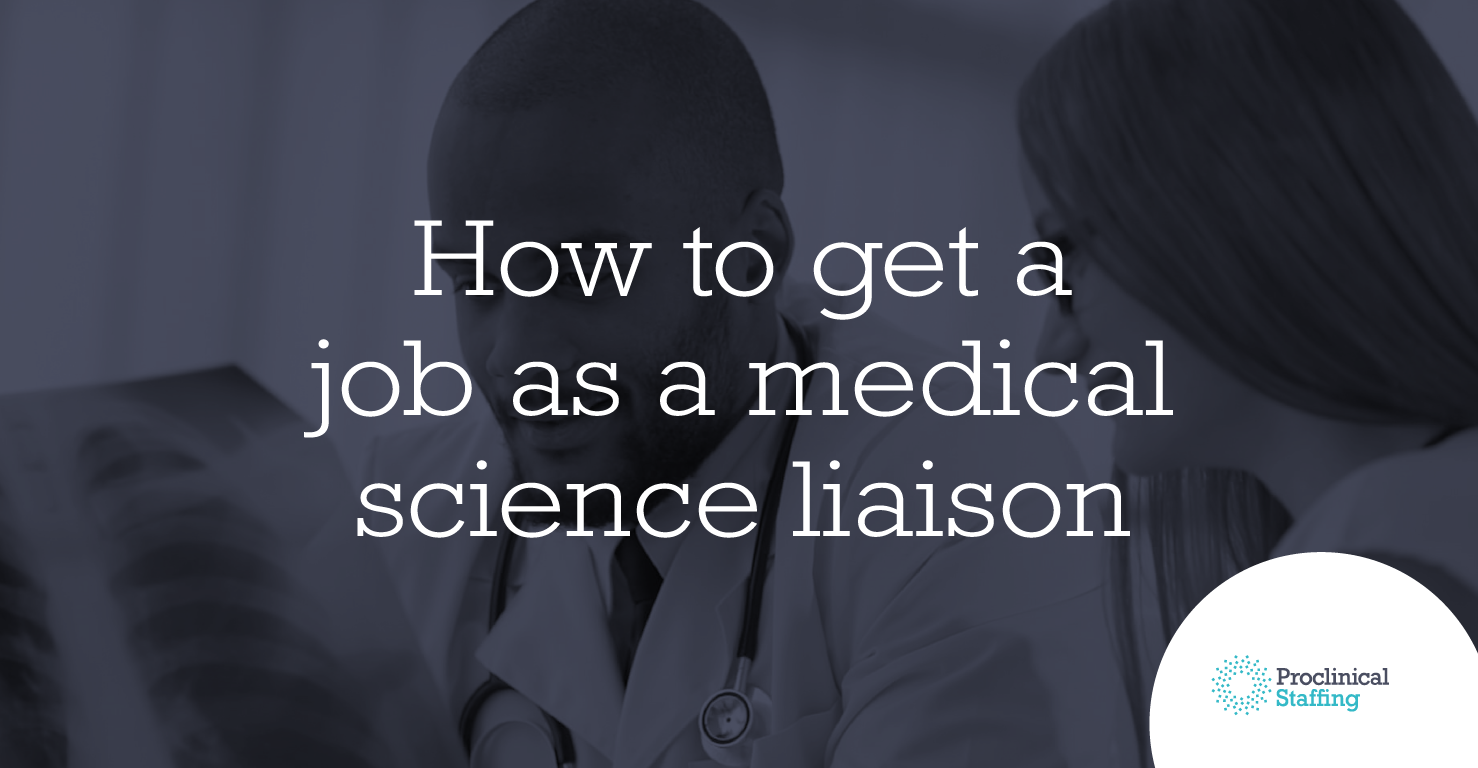 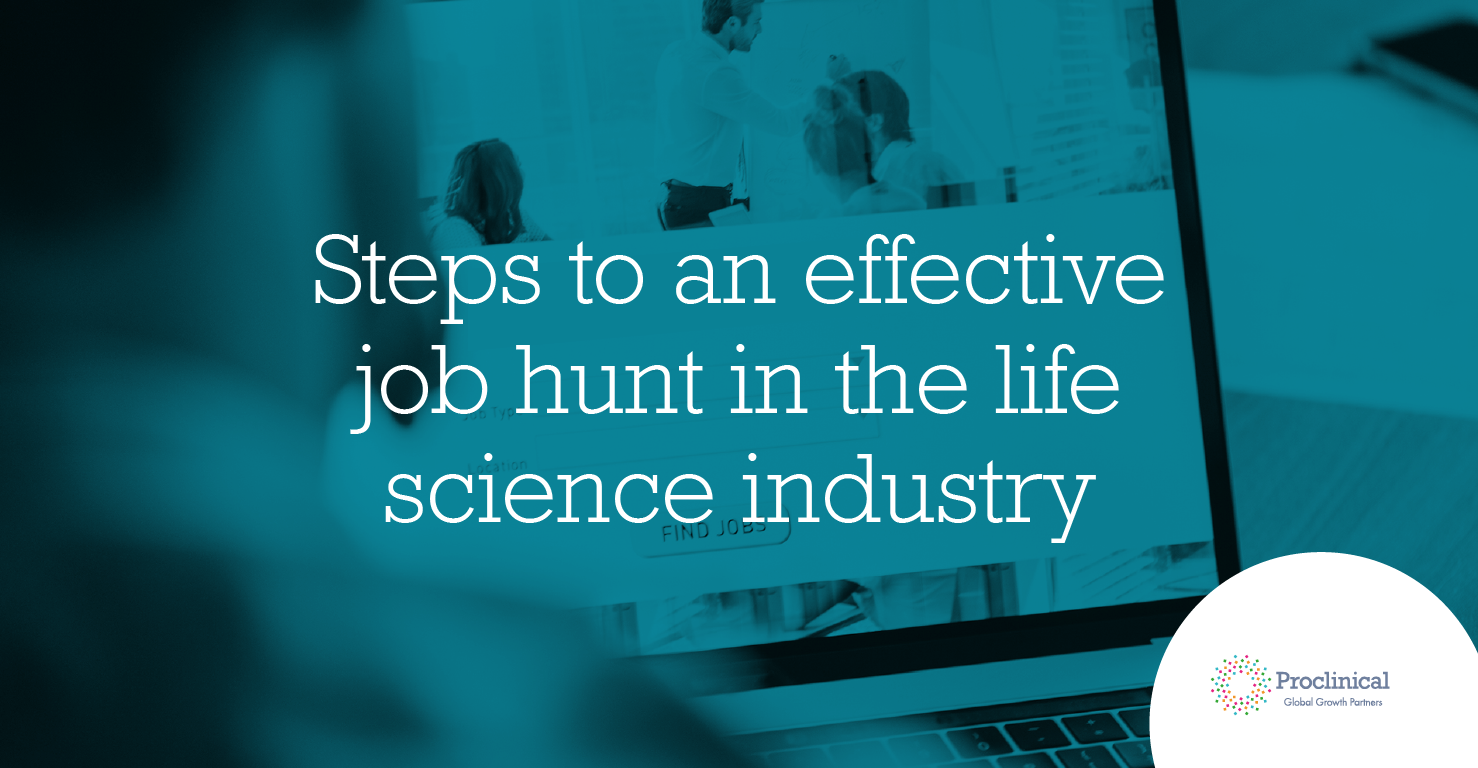 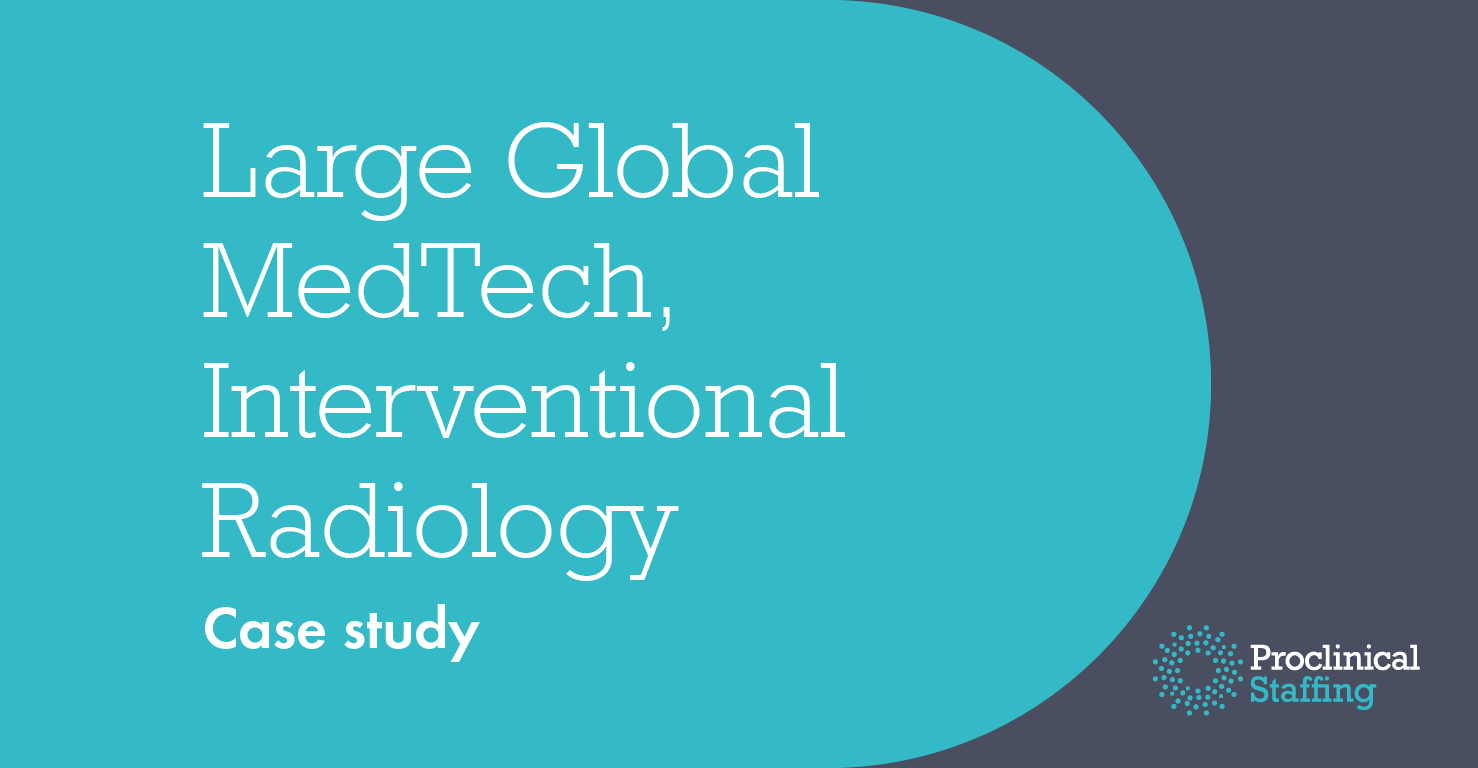 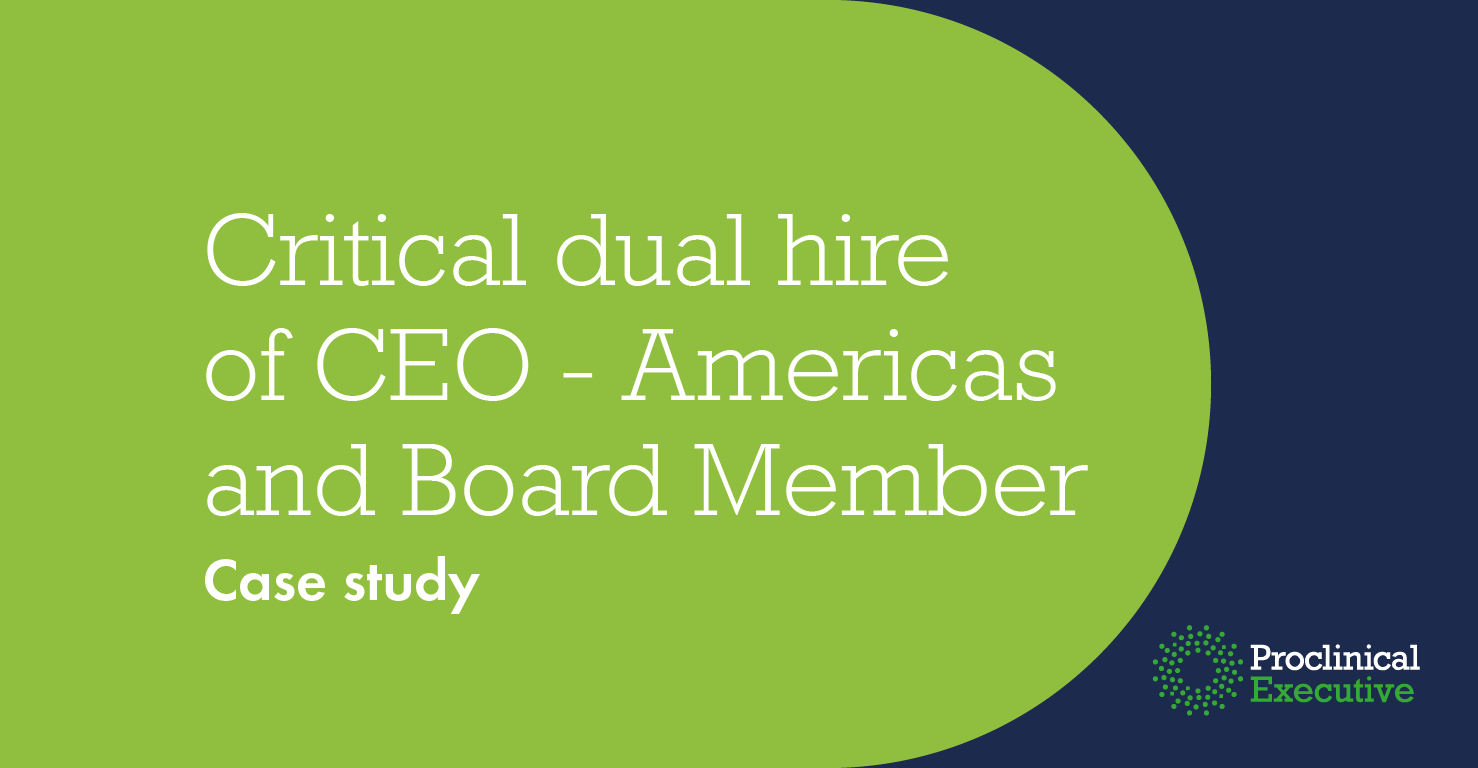 Critical dual hire of CEO - Americas and Board Member

Proclinical is currently recruiting for a Principal Scientist of Toxicology with a leading biopharmaceutical company located in Seattle, WA.

An exciting entry level vacancy has arisen for a talented Junior IT Analyst in Allschwil.

A global pharmaceutical company is looking for a Global Head of Competitive Intelligence to lead develop world class CI capability.

Proclinical is excited to announce a new vacancy for a home-based Senior CRA role in Taiwan.

A large biopharmaceutical company is looking to hire a MR Collaboration Research Scientist to join them in Hong Kong.

A global biopharmaceutical company is looking for a Senior Product Specialist to join their team in Hong Kong.

A great job has arisen for an experienced Senior Customer Service Engineer to join a large pharmaceutical company in Hong Kong.

Proclinical is excited to announce a vacancy for a Senior Manager in Medical Writing to join a team in Hatfield.

An amazing opportunity has arisen for a talented Global Commercial Business Analyst to join a North London pharmaceutical company.