Common chronic diseases that most affect patients’ quality of life 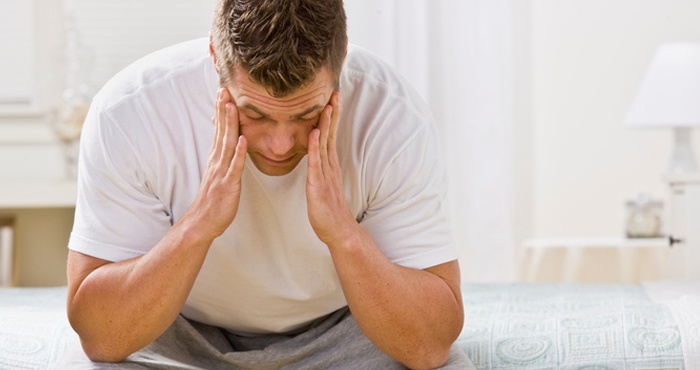 Seven out of ten deaths each year are linked with a chronic disease, making it one of the biggest public health challenges of the 21st century. Many of the most common chronic diseases such as heart disease, hypertension and diabetes are often linked with ageing populations and unhealthy lifestyles, with 59% of Americans having at least one disease and others having up to four. However, there are several chronic health conditions, such as autoimmune and neurological-related diseases that are becoming much more prevalent, many of which are degenerative and/or extremely debilitating. This article aims to discuss the list of chronic diseases that most affect patients’ daily lives.

The World Health Organization (WHO)  defines ‘health’  as a state of complete physical, mental and social well-being and not merely the absence of disease or infirmity. Many chronic diseases are not immediately life-threatening but can have a severe impact on patients’ physical ability, emotional state and social activity on a day-to-day basis.

It’s not all bad news, though! Many of the leading and most innovative pharma, biotech and medtech companies are developing drugs, treatments and devices that bring us closer to better treatments and potential cures for chronic diseases, improving patients’ quality of life every day.

Amyotrophic lateral sclerosis (ALS) is a devastating type of motor neurone disease (MND) that affects the nerves that control voluntary muscle movement. The condition is progressive and eventually leads to total paralysis. From the onset of symptoms, ALS life expectancy is usually between 2-4 years, although in 10% of cases this can extend to 10 years or more.

Over time a patient’s condition will progressively worsen, and will have a significant impact on their quality of life. Depending on the stage of the disease, they will experience mild to severe physical difficulties such as twitching, slurred speech and muscle stiffness, eventually losing the ability to eat, walk, talk and even breathe. Worsening symptoms will begin to impact them socially as movement and verbal interaction becomes more difficult.

Levels of bodily pain is likely to increase as the disease progresses, although medication can be taken to help manage their symptoms. ALS patients often report that they feel ‘trapped in their bodies’ because their brains remain active and alert while the body become paralysed. Sadly, in many cases the brain will be eventually affected, leading to clinical depression and often the onset of dementia.

The life science industry is continuously working to gain a better understanding of the disease. Ongoing researchfocuses on a way to extend life expectancy and slow the progression. For example, in late 2016, the FDA approved clinical trials for a stem cell and gene therapy that could potentially stall the progression of ALS. Also, IBM is utilising its technological prowess and partnering with research institutions to to discover types of ALS genes and speed up the development of better treatments.

IBD is an umbrella term used to describe conditions that cause inflammation of the colon and small intestine, predominantly ulcerative colitis and Crohn’s disease. Crohn’s disease can also affect other parts of the digestive system including the mouth, oesophagus and stomach. These conditions are thought to be caused by a mixture of gut bacteria, genetics and problems with immune responses. Although there are periods of remission, both conditions are long term and patients will deal with occasional flare-ups throughout their life. Approximately 25% of people with IBD have a chronically active disease.

Although not a fatal disease, IBD patients often experience very severe symptoms that seriously impact their day-to-day lives. 1 in 5 patients with ulcerative colitis will have symptoms that do not respond to medication and require surgery to remove the inflamed parts of the colon. Around 60-75% of Crohn’s patients will need surgery to repair damage to their digestive system. During flare-ups, patients will experience a lot of bodily pain, mainly in the abdominal region, as well as extreme fatigue, some bleeding and feelings of urgency. This can trigger anxiety and depression as they struggle to cope with their debilitating condition. Many patients will find that their social lives and ability to perform well at work are also affected.

There are several treatment options available for people living with IBD including anti-inflammatory medication, restrictive dietary plans and immune suppressants. These are effective treatments for some patients although research is ongoing to identify better treatments, as 30-40% do not respond to current therapies. In the pipeline are several small molecule drugs such as Celgene’s Mongersen and Ozanimod, and biologics like AstraZeneca’s MEDI2070, that each tackle the immuno-inflammatory response or help with tissue damage.

The effects of chronic mental illnesses such as clinical depression, anxiety and bipolar disorder are far more emotional than physical, unlike many of the other diseases discussed here. Thought of as a 21st century pandemic, the disease is hard to define given that people experience a wide variety of symptoms. It is commonly identified by psychological symptoms such as a persistently low mood, having no interest or motivation in things and feeling anxious, irritable or in extreme cases, suicidal. Physical symptoms include a lack of appetite, fatigue, weight loss and difficulty sleeping. A lack of ‘obvious’ or life-threatening physical symptoms can cause mental illness to be overlooked by society as a serious condition, triggering a string of recent mental illness awareness campaigns.

Depression can affect every aspect of a patient’s life, particularly in moderate and severe cases. An individual with depression may find it hard to cope in social situations and further isolate themselves by actively avoiding contact with friends, family and work colleagues. They may also struggle to perform well at work and have difficulty with their home and family life. Left untreated, people living with severe depression are likely to find daily life unbearable, indicating a very poor quality of life in many cases.

Conventional treatments for depression include antidepressants and psychotherapy, although the effectiveness of these treatments can vary depending on the patient. Researchers are currently exploring more ‘out-of-the-box’ alternatives including using recreational drugs like ketamine and MDMA, which have been proven to have rapid antidepressant qualities. Ultrasounds have also demonstrated the ability to modulate and stimulate neural activity, which could be used to alter a patient’s mood.

Multiple sclerosis (MS) and Parkinson’s disease are progressive disorders of the central nervous system (CNS). In MS, the electrical communication between neurons is affected, which gradually wears away the nerve fibres and causes nerve signals to become distorted or blocked. Symptoms of MS depend greatly on which part of the CNS is affected but commonly include tingling and numbness, weakness and fatigue, problems with balance and difficulty walking. Parkinson’s is caused by a gradual loss of nerve cells in the brain, with common symptoms of Parkinson’s including the characteristic hand tremor and shaking, inflexible muscles and slow, rigid movements.

As MS and Parkinson’s are degenerative diseases, patients’ symptoms will worsen as time goes on and often end in disability. In later stages, severe physical and mental difficulties seriously impact their quality of life. For instance, their ability to carry out simple everyday tasks such as chewing, swallowing, speaking and walking will be greatly affected. People with advanced MS are likely to experience a lot of pain in their muscles, nerves and joints and have problems with their vision. Similarly, those with Parkinson’s will suffer with uncontrollable shaking and tremors, stiffness in limbs and have balancing and walking difficulties. These life-altering changes can cause feelings of depression and anxiety, and lead to social isolation.

Although CNS disorders are not well understood, the pharmaceutical industry has made some promising discoveries recently. For example, in late 2017, it was announced that over-the-counter allergy medication clemastine fumarate is in phase II of clinical trials after it was shown to improve nervous system functions in MS patients. For Parkinson’s, an investigational therapy called Anavex 2-73 is being trialled that may be able to restore the function of damaged nerve cells.

Arthritis is the leading cause of disability, with over 54 million adults diagnosed with the condition in the USA. There are two main types of arthritis: osteoarthritis and rheumatoid arthritis. Osteoarthritis is far more common, affecting around 21 million, and can be a result of injury or another joint-related condition. Rheumatoid arthritis is different in that it is an autoimmune disease, wherein an individual’s immune system attacks targeted joints, causing pain and swelling. Gradual wearing down can cause the condition to spread across the joint and even change the shape of it. Patients will find that organs such as the heart and lungs can also be affected, as well as cartilage and bone.

Due to the gradual deterioration of their joints and the inflammation and swelling it causes, the condition can severely impact patients’ quality of life. Rheumatoid arthritis causes them to experience high levels of pain, and many report feelings of anxiety and depression as a result of their disability.

To combat the rapidly increasing number of people being diagnosed with chronic illnesses, consider working in clinical research where you can be at the forefront of developing cutting-edge and innovative therapies. Simply upload your CV to our website or apply directly to any of our clinical research roles.