Multiple sclerosis: the disease and its future 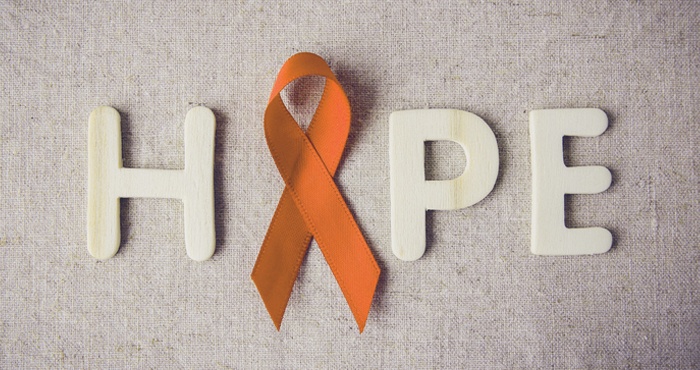 Multiple sclerosis (MS), is one of the most mysterious illnesses we face today. Over the past few decades, pharmaceutical companies have made incredible advances in treatment for MS but are still unable to fully understand what causes it. Clinical research into finding better treatments and solving the mysteries of this disease are moving forward in leaps and bounds, so there is reason to believe that at some point, there may be a cure for MS.

A substance called myelin wraps around the nerve cells in the central nervous system and increases the electrical communication between neurons. With MS, the myelin is mistaken for a foreign body by the immune system and is attacked, causing damage to the myelin and the nerve fibres it protects. Scars and lesions called plaques are left behind, and the electrical communication between nerve fibres becomes distorted or unable to get through. As the myelin gradually decreases over time, the state of disability for the MS patient will increase.

According to Healthline, around 2.5 million people worldwide are living with MS, with those affected being predominately between the ages of 20 to 40 and twice as likely to be a woman than a man. There are also different types of MS, including those that are more progressive such as progressive-relapsing MS or primary-progressive MS, or the most commonly diagnosed, relapsing-remitting MS and secondary-progressive MS. Even though some types are more aggressive than others, due to the unpredictable nature of the disease there is no standard path of progression.

The exact cause of MS is generally unknown, as are the ‘triggers’ that kick off episodes of disease activity. The disease is not generally thought to be inherited, although clinical research suggests that there may be a genetic predisposition that could increase the risk between family members. Among the leading theories is that MS is linked to a mix of genes, lifestyle and environmental factors; those in colder climates such as the UK, Canada and Scandinavia are more likely to develop MS, although the reason is largely unknown. Low levels of vitamin D are also linked to MS.

In June 2016, a clinical study suggested that there is a casual association between obesity and MS. The genetic study highlights that those who are predisposed to have a higher body-mass index (BMI) could be more likely to get MS. Obesity is thought to potentially trigger MS due to the numerous changes in the body it causes.

What treatments are currently available and how do they work?

Biogen is currently the industry leader in MS research and advancement. The innovatice biotechnology company has over 30 years’ experience of developing effective treatments and providing solutions for the needs of many MS patients. Their broad MS portfolio caters to all types of MS and the company are continuously working to improve treatments and gain a better understanding of the risk factors that are associated with the disease. Current Biogen medications include AvoneX (interferon beta-1a), an injection for those living with relapsing-remitting MS, and Plegridy, another injection which is thought to reduce relapses by 30%. These are known as disease modifying drugs that work by reducing the progression of the disease. These types of drugs are usually in the form of injections but can also be taken orally. Other common ways to manage MS include physiotherapy, exercise, diet and alternative therapies.

Managing relapses effectively is significant to those living with MS. MS relapses are caused by sudden inflammation of the CNS that will cause further damage to the myelin and nerve fibres of the body. A common way to treat a relapse is a 3-5 day intensive course of intravenous corticosteroids that will manage the inflammation and end the relapse quickly.

Thanks to the treatments available today, many patients with MS will be able to live a long and healthy life.

What does the future look like for those living with MS?

Until the root causes of MS are discovered, pharmaceutical companies will be unable to develop a definite cure for those diagnosed with the disease. However, clinical research is steadily progressing and several potential risk factors and triggers are being discovered. A‘landmark’ drug called Ocrelizumab (OCREVUS) has recently made headlines in December 2016. The drug is a product from Biogen and Roche, and is the first to show real progress with primary progressive MS patients, although it has also been very successful in treating relapsing MS. It is thought to target a specific type of immune cell, called B-cells, which are key in causing damage to myelin and nerve cells, by binding itself to the cell whilst preserving the functions of the immune system.  The drug is currently under review by the FDA and EMA, and there is very high hopes for its approval:

“We are pleased by the acceptance of our marketing applications for OCREVUS, which we believe has the potential to help people living with either of these two forms of MS. We will continue to work closely with the EMA and FDA to bring this investigational medicine to people with MS as quickly as possible.” said Sandra Horning, M.D., chief medical officer and head of Global Product Development.

Biogen has a second MS drug in development known as Opicinumab, which is still in Phase II of clinical trials and has a long journey ahead. However, if successful, Opicinumab could be key in treating MS as the drug is a neurological protein that helps to develop myelin, the substance that protects nerve fibres. They drug could stimulate the re-myelination and restoration of nerve communication in the body.

Other drugs in the pipeline for MS include Merck’s Cladribine tablets that are thought to reduce the number of immune cells in the body, and Celgene’s Ozanimod which could prevent immune cells entering the brain and spinal cord. See other potential treatments here.

Although there is no current cure in sight, rapid advancement in treatment over the past 20 years and the steady discovery of what may be the root causes of MS is very likely to lead to a breakthrough in overcoming this mysterious, debilitating disease.