Is there a cure for HIV and AIDS? 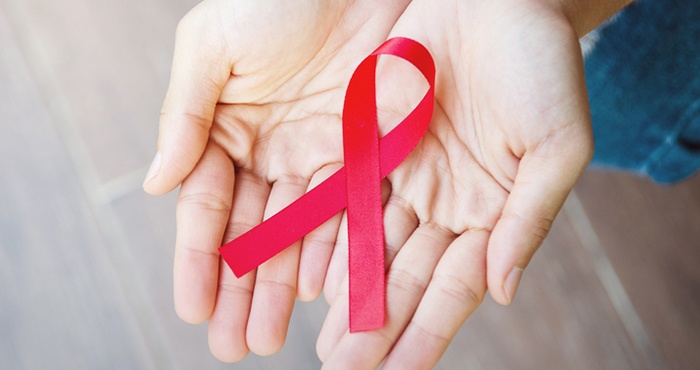 The past decade has seen many notable advances in the quest to successfully treat HIV (human immunodeficiency virus), and recent progress suggests that a permanent cure for the disease may finally be in sight.

HIV attacks the immune system, leaving a person defenceless against other diseases. If left untreated, HIV will turn into AIDS (acquired immune deficiency syndrome), the final stage of the disease in which your body is unable to fight off life-threatening illnesses. It is thought that approximately 37 million people are currently living with HIV worldwide.

Since the virus first came to prominence in the early 1980s, pharmaceutical companies across the globe have made incredible progress in controlling the disease. Most importantly, it is no longer a death sentence for those affected. If caught early enough, available medications can not only prevent AIDS developing but can reduce an individual’s viral load to a point where it is undetectable in their blood. If treatment is consistent, most HIV-positive people can live long and healthy lives.

World-leading pharmaceutical companies continue to strive towards developing better and more accessible treatments for those living with HIV, especially those in developing countries. Gilead, one of the top pharmaceutical companies for HIV research, has increased the number of people receiving treatment in the developing world from less than 30,000 in 2006 to over 9.5 million in 2016. Currently, 70% of those who are treated for HIV receive Gilead drugs.

What treatments are currently available and how do they work?

HIV medications come in many shapes and sizes, combating HIV in different ways. The most commonly used is antiretroviral therapy (ART). This is a combination of at least three antiretroviral drugs that work by suppressing the virus and slowing the rate at which the virus-infected cells copy themselves. It is also fundamental in preventing onward transmission. Notable examples of these drugs are Gilead’s ATRIPLA (2006), Complera (2011) and Stribild (2012).

In 2009, pharma superpowers GlaxoSmithKline (GSK) and Pfizer created a joint venture called ViiV Healthcare, a company that would concentrate on developing new treatments to fight viral resistance, and eventually develop a cure for the disease. Their most impressive ART treatment to date is Triumeq - FDA approved in 2014 - but they continue to work on producing better treatment and preventative solutions. Unfortunately, ART alone cannot completely cure HIV as it works only on active HIV-infected cells; most HIV cells are in a sleeping or deactivated state.

Nucleoside reverse transcriptase inhibitors, also known as ‘nukes’, work by interrupting the life-cycle of HIV while it tries to copy itself. Examples of these drugs include Ziagen and Combivir. Similarly, protease inhibitors tackle HIV by binding themselves to protease, an enzyme in your body needed by HIV to replicate, stopping the copying process. Entry inhibitors, however, have a slightly different method. HIV needs host T-cells (a type of white blood cell) to be able to copy, so the inhibitors block entry to these cells and stop the destruction of other targeted cells. It has proven very effective in making the immune system work better.

What does the future look like for those living with HIV?

An analysis suggests that investment in HIV cure funding has more than doubled in the past 4 years, meaning that we could be on the brink of a global breakthrough in research. In fact, a recent flurry of news in October 2016, suggested that a cure may be nearer than we think. Although much of the media headlines were premature in claiming success, the RIVER clinical trial for the “kick it and kill” treatment is one of the first promising attempts to permanently clear the body of all HIV cells. Here’s how it works:

In October 2016, the first patient to undergo ‘kick it and kill’ completed the treatment with no adverse effects, but any lasting results are yet to be seen. The researchers state that “it worked in the laboratory and there is good evidence it will work in humans, too”.  Although, they do stress that results are not expected until 2018 and that actual therapy is a long way off.

More recently, in November 2016, a subsidiary of Johnson and Johnson – Janssen Vaccines & Prevention B.V – suggested that it is in the process of developing a vaccine that will provide a ‘functional cure which will keep patients’ virus under check without the life-long burden of treatment’. This will, however, only eliminate the need for ART, instead of fully eradicating the virus. In the future, they do plan to ‘ultimately, have a preventive vaccine that stops HIV in the first place’.

Although it remains one of the biggest challenges that the pharmaceutical industry faces today, we have good reason to believe that a permanent treatment may be available to patients with HIV in the foreseeable future.