How to stay motivated when R&D projects end 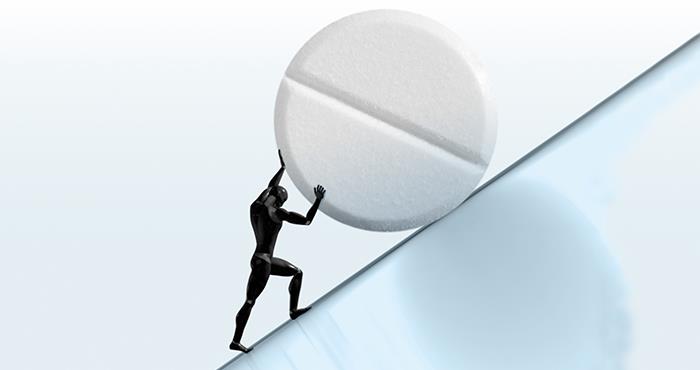 Research and development (R&D) projects differ from most other types of job. There is a high degree of uncertainty and the impact of the final product is unpredictable. But when a product fails to make it to market, has the meaning been taken out of the work that has gone into it?

The nature of R&D in the life sciences sector means that many of the roles are contract jobs, which often are only extended for as long as the project remains in motion. Becoming a specialist contractor appeals to many people as a way to earn more money, but since our careers are such an integral part of our identity, not merely a means to earn a living, is financial compensation really enough to sustain motivation?

In Dan Ariely’s book on behavioural economics, The Upside of Irrationality, are some fascinating insights into what makes people feel motivated at work. In one section of the book, he investigates the connections between motivation, personal meaning and productivity in our working lives.

In a series of experiments, workers were asked to complete the same repetitive task and were rewarded with equal compensation. In one group participants were told that their work would be discarded after the experiment; however, in the other group their work was discarded before their very eyes.

Ariely’s experiment showed that the motivation to continue to work deteriorated far quicker in people in the latter group than in those in the former. In other words, seeing our efforts come to no end can really demotivate us. This can be described as a sisyphean condition, named after the mythical king Sisyphus, who, after tricking the gods, was punished by being forced to push a large rock up a steep hill for the rest of eternity. Every time the rock reached the top of the hill, it would roll back down and he would have to start over.

So what does this mean for professionals working in R&D? According to the MHRA, thousands of chemical compounds never make it out of the laboratory and only one in 5000 ever end up as a prescription medicine. If overcoming regulatory and drug safety standards isn’t a big enough hurdle, the sheer cost of producing a new drug means that new compounds need to differ significantly from existing treatments to ensure that it can be patented and become profitable.

With literally thousands of projects never seeing the light of day, professionals working in pharmaceutical R&D jobscould understandably feel demotivated at times, much like the participants of Ariely’s experiments. Consider also that it can take 15 years to bring a drug to market, so even when products are a success, physicians and professionals within scientific and preclinical functions might have to have gained many years of experience before ever seeing one of their products in a pharmacy.

By looking at the bigger picture though you begin to see the upside. Arguably, the research and development of drugs can never be considered meaningless, even when individual projects do fail. PhRMA figures show how the pharmaceutical industry is changing people’s lives:

As Thomas Edison once famously said, “I have not failed. I’ve just found 10,000 ways that won’t work”. Reminding yourself of this each time a projects ends will help you to recognise that your contributions have greater significance in the grand scheme of things and you will be ready and motivated to take on a new challenge.

Proclinical is currently recruiting for a Clinical Data Coordinator with a pharmaceutical company located in Sacramento, CA.

Proclinical is currently recruiting for a Research Associate with a pharmaceutical company located in Philadelphia, PA.