Brexit: The effect on the pharmaceutical job market 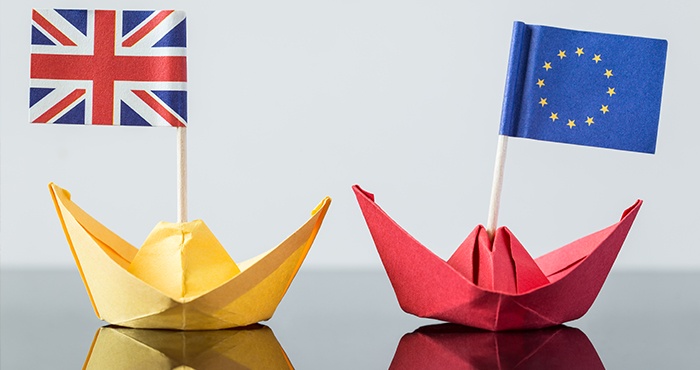 The UK's market and life sciences sector currently face a period of uncertainty following the country's vote to leave the European Union (EU) on the 23rd June. Already the pharma trade body, the Association of the British Pharmaceutical Industry (ABPI), has warned of “immediate challenges” with regards to future investment, research and pharmaceutical jobs in the industry. However, although it is too early to say what exactly the repercussions of the decision to leave will be, the outlook is not all doom and gloom.

In an open letter Life Science Minister, George Freeman, affirmed that the life science sector, which generates $60bn and over 220,00 jobs each year, remains of “critical importance to the country”. He also announced the formation of the UK EU Steering Group to oversee and manage the transition to a new redefined relationship with the EU. His three core aims include “providing immediate reassurance that – as the Prime Minister has stated – there are no immediate changes to our membership of the European Union and we remain a full member of the EU with full voting rights.” Additionally, he wished to continue “exploring the priority of the UK life science sector ahead of the UK's negotiation of a new relationship with the EU”. The third and final priority is to “create a compellingly ambitious domestic landscape in which the United Kingdom is the country of choice to design, develop and introduce innovative health products to market.”

Ultimately, time will tell how the UK's negotiations pan out, which leaves us to speculate on the potential impact that Brexit will have on the industry.

A period of uncertainty could potentially cause UK firms to slow their rate of hires, and with the additional need for flexibility, contract recruitment is likely to increase to compensate the shortfall. Britain’s decision to leave the EU has potentially left open the door for a number of European professionals working in the pharmaceutical industry to leave. Although it is likely the government will do whatever it can to ensure that EU workers stay, the increased amount of bureaucracy and difficulties incurred by working in a non-EU country could eventually force many to seek employment elsewhere.

From a pharmaceutical viewpoint, the UK post-Brexit no longer provides the ideal entry point to European markets. Instead many have argued that the UK would be an isolated market that cannot be accessed using the EU centralised drug authorisation pathways. In turn this would result in fewer business opportunities for health-care providers and prospects would also become less attractive. All in all, this may likely drive up the cost of doing business, filling pathways with numerous hurdles and making working in the country more cumbersome.

There is also the potential that the addition of new barriers will ultimately threaten future investment and access to newer drugs. Any effect on access to new drugs is likely down to how exactly the UK negotiates its exit from the EU.

The UK could become part of the European Economic Area, like Liechtenstein, Iceland and Norway. These countries are covered by the European Medicines Agency and are still permitted access to the single market authorisation, meaning that they only have to go through one approval process before launching drugs throughout Europe.

From a scientific research angle it is unlikely that the UK research funds alone could replace the funding that Britain currently gets from the EU, and this will hinder the numerous benefits reaped from cooperation and international collaboration. One example is whether or not the UK will still have access to EU partnerships such as the Innovative Medicines Initiative which supports collaborative research projects and helps to uphold networks of industry experts that work in pharmaceutical innovation in the EU. Access to these partnerships could become severely limited. All in all, it is estimated that over the next 4 years up to £8.5bn of funding and investment will be threatened.

Two of the UK's biggest drug companies, GlaxoSmithKline and AstraZeneca, have previously stated their strong approval for remaining in the EU and they might now seek to move their head offices outside the UK. However, there have been no signs of such moves from any of the UK's largest drug companies.

On a more positive note, now that the UK has officially decided to leave the EU, it is very likely that the country will have greater control over how exactly to spend its budget. If the government manages to negotiate a deal in which the UK can remain under the EMA, it will also have little or no changes to any of the current regulatory processes for medications. If on the other hand the government opted to work outside of the EMA it could secure even more regulatory freedom by setting up its own regulatory bodies using existing ones such as The National Institute for Health and Care Excellent (NICE). This would further enable the UK to focus and prioritise its needs when it comes to medicinal approvals that are of greatest interest.

The cases of Switzerland and Norway have been cited in previous months as case studies. The Swiss pharmaceutical industry is considered to be world-class with an outlook for strong growth, ultimately proving that being outside of EU regulations companies can still thrive and prosper. Swiss-based pharmaceutical companies such as Roche and Novartis have shown this clearly and operate with their headquarters outside of the EU. Not being part of the EU does not mean that countries will necessary make all decisions by themselves, as many currently still work closely with the EMA and follow their guidance and opinions on regulatory decisions.

The UK has a long way to go before securing a positive outlook for its overall health-care and job market and the future is currently marred with uncertainty. Much of what will happen is actually dependant on how appointed officials negotiate its exit from the EU once Article 50 has been triggered. Therefore we can see that it will take quite some time for the entire ramifications of Brexit to unfold.