An internationally known biotechnology company has an opening for a Junior Supply Planning Specialist job at their Zurich office.

An internationally known biotechnology company has an opening for a Global Change Control Planner job at their Zurich office. 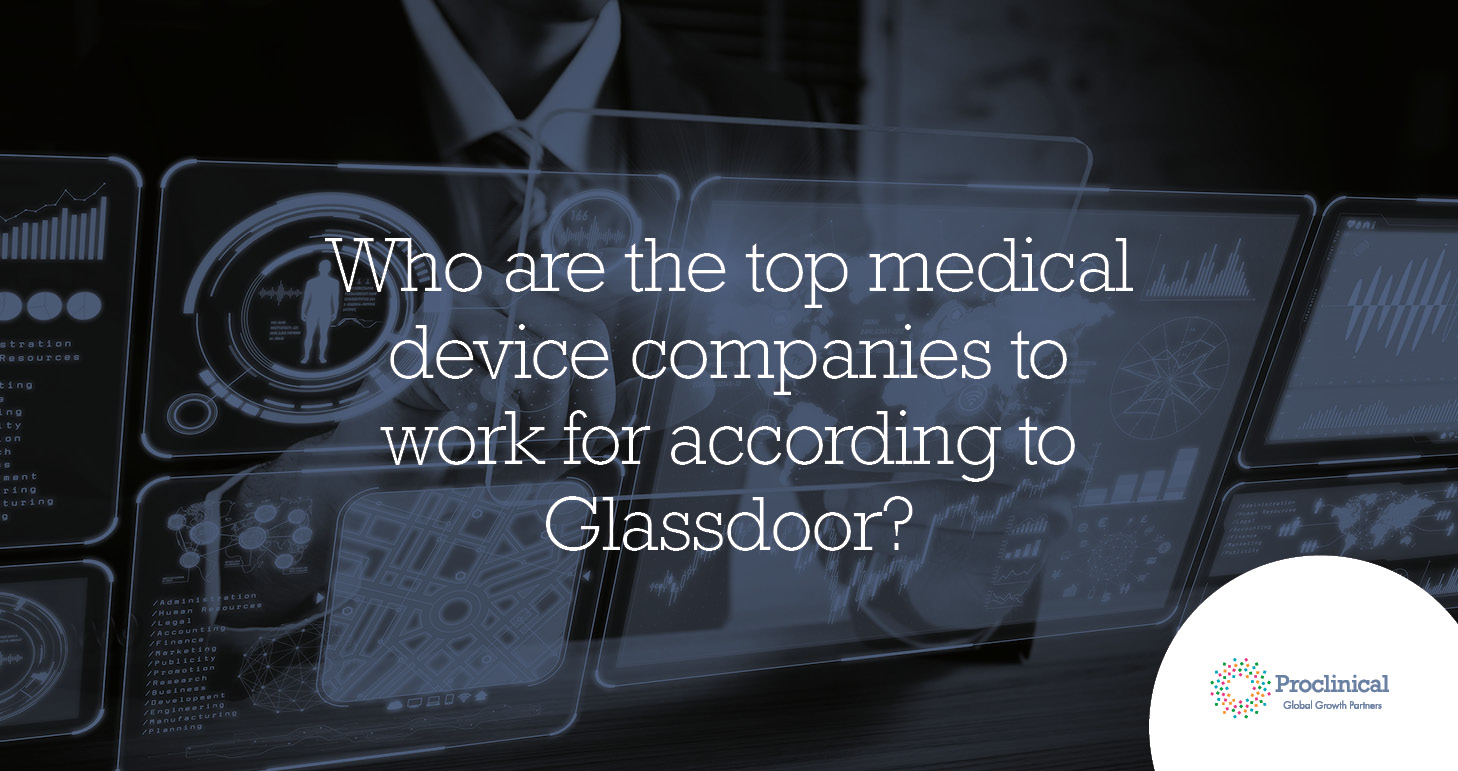 Talented professionals in the medical devices industry are increasingly selective about what companies they choose to work for. For those who want to find out where the best places to work are, review sites like Glassdoor can help to paint a picture of the employee experience. Ratings from current and former employees can enable anyone to explore the workplace culture, flexibility, leadership style and work/life balance, before making a decision to apply or accept a job offer.

According to one survey, nearly 50% of job-seekers use Glassdoor to research potential employers before making a decision to work for them. The platform asks reviewers to give a 1 to 5-star rating of their employers in the following categories: culture and values, work/life balance, senior management, compensation and benefits, and career opportunities. The average of these individual ratings then provides an overall rating.

To ensure that true experiences and opinions of employees are properly reflected in the company’s rating, we have only included companies that have over 400 employee reviews.

Alcon is a global leader in developing innovative eye care products. In April 2019, the company broke away from its parent company Novartis, and continues to thrive helping patients in over 140 countries globally. According to Glassdoor, Alcon scored highly in compensation and benefits, and culture and values suggesting that not only can professionals expect fair wages and a good benefits package, but a company culture they can get on board with.

This is no wonder, as a recent Glassdoor survey suggests that 48% of job seekers in the US listed attractive benefits and perks as the prime factor that encouraged them to apply for a job, and 35% were drawn to a great company culture!

Currently the top medical device company in the world, MedTronic is also a favourite among employees as a great place to work. The company specialises in developing medical devices across multiple therapeutic areas such as cardiology, respiratory, surgical and diabetes for more than 46,000 patients worldwide. Their Glassdoor rating indicates that MedTronic shine in the areas of compensation and benefits, culture and values, and work/life balance. Further still, 70% of employees who left a review would recommend the company to a friend as a good place to work.

MedTronic has a number of employer awards that solidify its standing as a top medical device company to work for. The most recent of which include Best Employer for Diversity by Forbes (2018) and Best Places to Work for LGBT Equality by Corporate Equality Index (2018).

A thriving subsidiary of General Electric, GE Healthcare is 5th on Proclinical’s top 10 medical device companies in 2019. The company works in the precision healthcare space, developing innovative medical devices and diagnostics such as medical imaging and data analytics. GE Healthcare is also highly regarded by past and present employees as one of the best medical device companies to work for. The company scored equally well in culture and values, work/life balance and compensation and benefits, suggesting an attractive combination of a good benefits package and a great working environment. Just this year, GE Healthcare was listed on LinkedIn’s Top Companies 2019: ‘Where the US wants to work now’.

Hologic is a medical device company that focuses on improving women’s health by developing devices that better detect, diagnose and treat diseases that commonly affect them. According to their Glassdoor profile, they are also an employer of choice. Hologic scored the highest in work/life balance, followed closely by culture and values and compensation and benefits. It seems that professionals looking for medical device jobs at Hologic can expect to be both well compensated and enjoy a good balance of life inside and outside of the office.

In recent years, Hologic has been recognised by Forbes for various awards, including Forbes 2018 America’s Best Employers for Women and America’s Best Midsized Employers, 2017. The company was also recognised as a Corporate Champion in November 2019 by Women’s Forum of NY for their advancement towards achieving gender-balance in the boardroom.

Dedicated to creating a world without fear of cancer, Varian Medical Systems develops medical devices in the radiotherapy and radiosurgery space. The company is quickly growing, already boasting a staff of 6,500 people worldwide. Varian Medical Systems is also one of the best medical device companies to work for according to its Glassdoor profile. The medical device company scored very highly in the culture and values category, followed closely by work/life balance suggesting a healthy environment for professionals to thrive in. This is most likely the case as an impressive 82% of employees who left a review would recommend the company to a friend.

Philips Healthcare is number 5 on the list of best medical device companies to work for. A subsidiary of the multinational electronics conglomerate Philips, the company also ranks in the top 5 of our top 10 medical device companies in 2019. Not only is the company thriving, but it is well liked by its employees, over five thousand of which have left reviews on Glassdoor. According to their ratings, Philips Healthcare came up trumps for work/life balance and compensation and benefits, showing a dedication to treating their workforce well.

Another successful medical device subsidiary, DePuy Synthes, is part of global leading pharmaceutical, biotechnology and consumer goods company Johnson & Johnson. DePuy Synthes is a leader in developing orthopaedic and neurology devices for thousands of patients worldwide. Receiving a 4-star rating in the category of compensation and benefits on Glassdoor, it’s clear that medical device jobs come with a competitive package. DePuy Synthes also scored highly in culture and values, as well as for career opportunities, providing a dynamic working environment in which professionals can develop their careers. 75% of DePuy Synthes reviewers claimed they would recommend their place of work to a friend.

Stryker is a leading medical device company that specialises in creating innovative devices in the areas of orthopaedics, surgical, spinal and neurotechnology. Glassdoor reveals Stryker as one of the top 3 medical device companies to work for following its strong performance across several categories. The company ranks very highly in culture and values, career opportunities and compensation and benefits, with 75% of reviewers stating that they would recommend Stryker as a place to work to a friend.

Stryker has an impressive track record of employer awards and accolades. In 2019 alone the company was recognised as one of the 100 Best Companies to Work For by Fortune, among the Best Workplaces for Remote Work by Flexjobs, and featured in the Human Rights Campaign Foundation’s Index for LGBTQ Workplace Equality.

As a thriving segment of the Siemen’s powerhouse, Siemens Healthineers is a popular choice for professionals looking for the best medical device jobs and is the second highest rated medical device employer on Glassdoor. According to the review site, Siemens scored highly in the work/life balance category, as well as for compensation and benefits and culture and values. Further still, nearly 80% of reviewers were likely to recommend Siemens Healthineers as a place to work to a friend.

For three years’ running, the company has earned high rankings on the Human Rights Campaign Corporate Equality Index, as well as having been recognised as Military friendly and a company committed to recruiting veterans.

Boston Scientific employees rate their employer as the best in the medical device industry according to Glassdoor. The company operates in over 130 countries worldwide, developing cutting edge devices for patients with health conditions spanning a wide range of therapy areas. Boston Scientific is also most popular employer according to employee ratings on Glassdoor. The medical device company ranked highly across all categories, but it’s rating for culture and values, and compensation and benefits really stood out. A whopping 84% of employees stated that they would recommend Boston Scientific to a friend and 98% approve of the company’s CEO, Michael F. Mahoney.

The company has earned a number of employer awards, but have been recognised principally for their dedication to diversity and inclusion in the workplace. In the last few years alone, they have received recognition for their efforts to further gender equality, LGBTQ equality and multiculturalism. 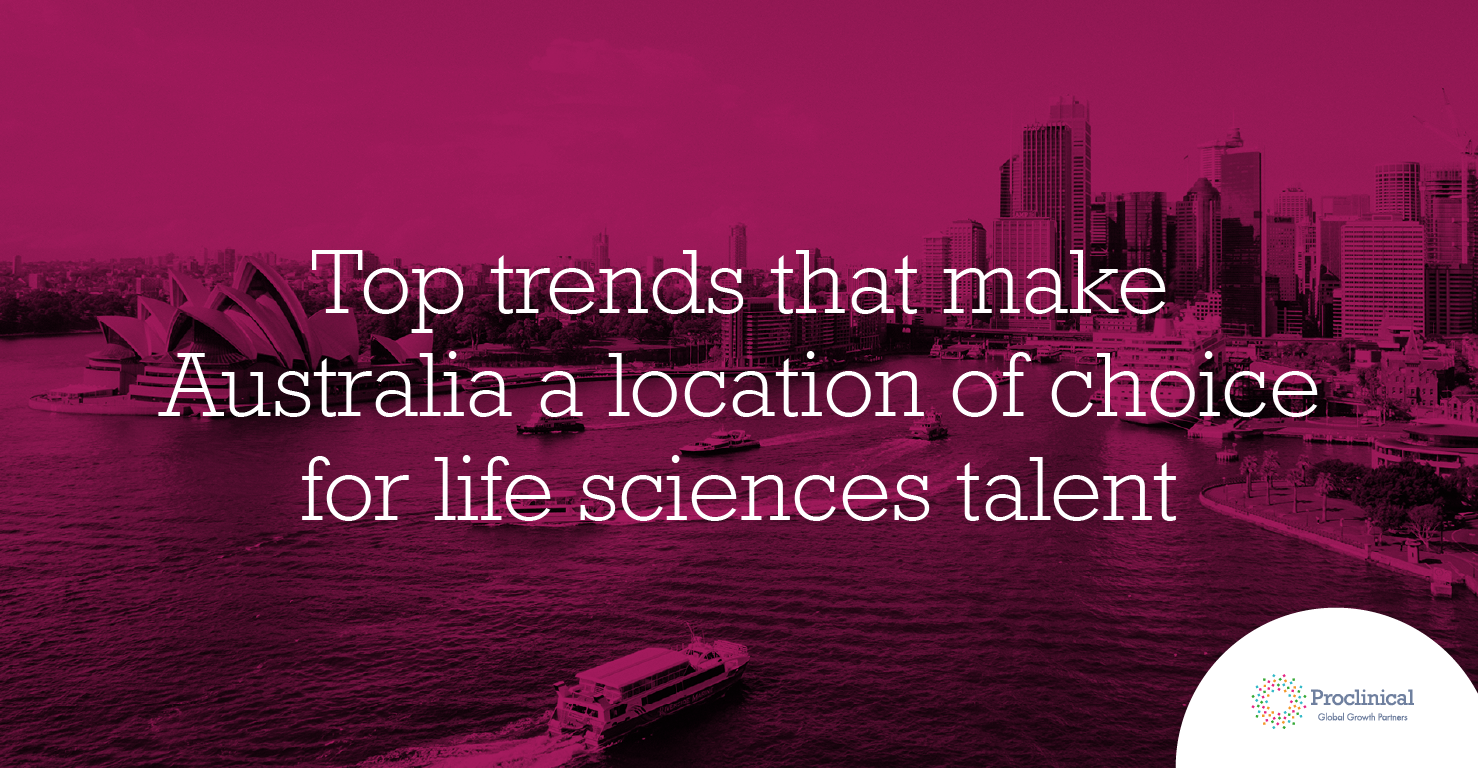 An internationally known biotechnology company has an opening for a Junior Supply Planning Specialist job at their Zurich office.

An internationally known biotechnology company has an opening for a Global Change Control Planner job at their Zurich office.

Proclinical is currently recruiting for a Quality Assurance Specialist with a global pharmaceutical company located in Boston, MA.

Proclinical is currently recruiting for Administrative Support with a biopharmaceutical company located in Norton, MA.

Proclinical is currently recruiting for an Associate Director of Market Access Strategy with a top biotechnology company located in San Carlos, CA.

Proclinical is currently recruiting for an experienced Quality Assurance Director with a pharmaceutical company located in Hicksville, NY.

Proclinical is currently recruiting for a Clinical Software Programmer with a biopharmaceutical company located in North Chicago, IL.

A rapidly expanding global biopharmaceutical company is advertising a vacancy for a Senior CMC Director position in their Switzerland office.

ProClinical is advertising a vacancy for a SAS Programmer - EMEA position with an international contract research organisation.